The Comares Tower, built in the 14th century under Muhammad V, the tallest tower in the Alhambra and housing the Hall of the Ambassadors, Nasrid Palaces and the Palace of Charles V in the background, built by Pedro Machuca in the 16th century, Alhambra Palace, Granada, Andalusia, Southern Spain. Behind are the mountains of the Sierra Nevada. The Alhambra was begun in the 11th century as a castle, and in the 13th and 14th centuries served as the royal palace of the Nasrid sultans. The huge complex contains the Alcazaba, Nasrid palaces, gardens and Generalife. Picture by Manuel Cohen 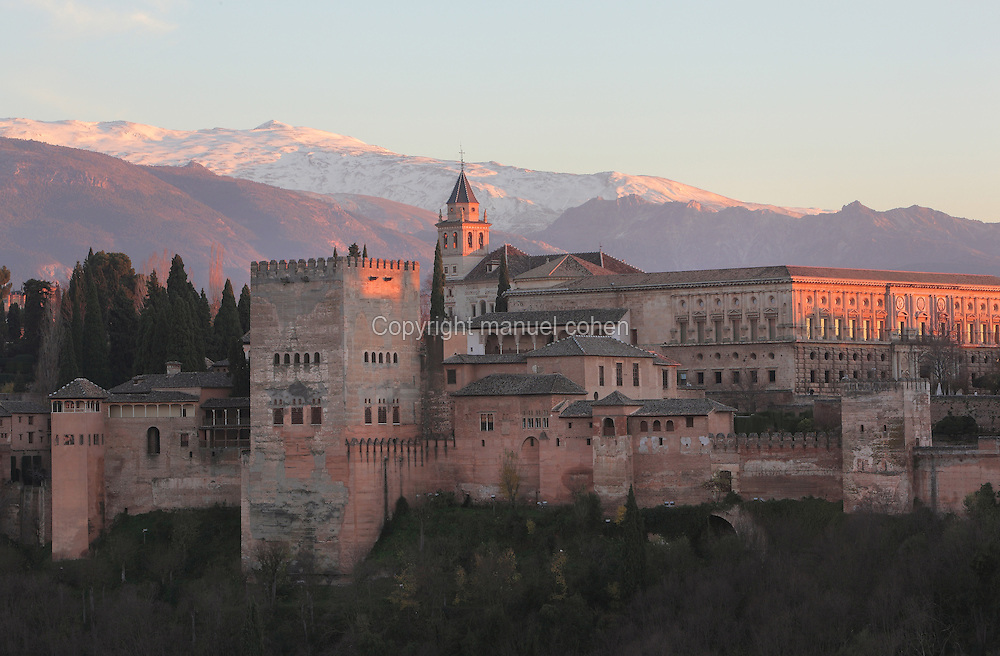