Main facade of Granada Cathedral, or the Cathedral of the Incarnation, built 16th and 17th centuries in Renaissance style with Baroque elements, Granada, Andalusia, Southern Spain. The facade is a framed structure with a triumphal arch of 3 portals with pillars crowned by semicircular arches supported on pilasters. Several architects worked on the cathedral, which, unusually, has 5 naves and a circular capilla mayor instead of an apse. Granada was listed as a UNESCO World Heritage Site in 1984. Picture by Manuel Cohen 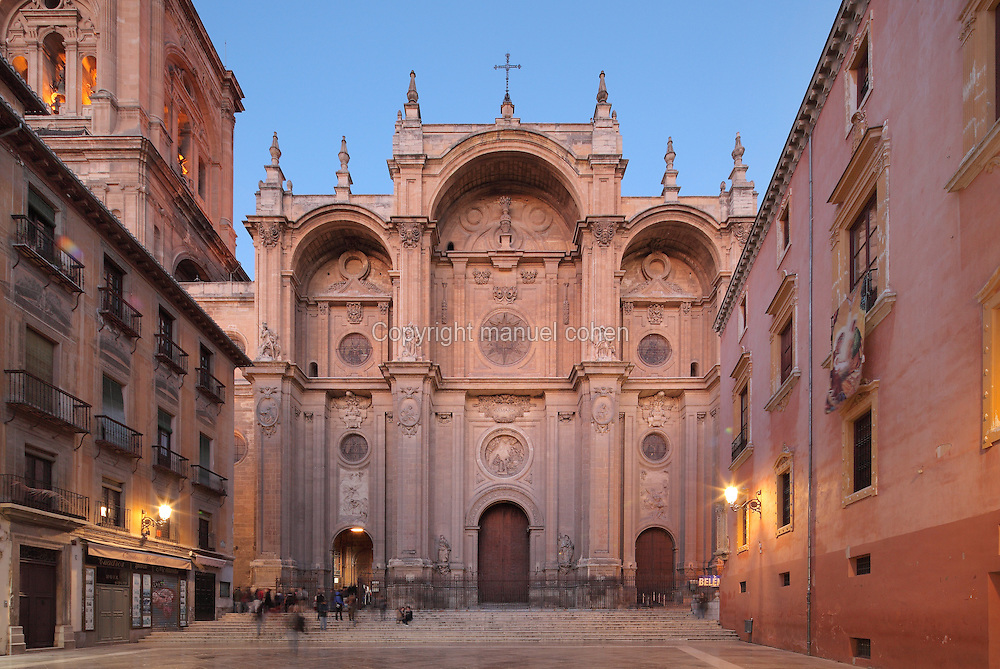