Marble statue of Julius Caesar, 16th century, after a classical Roman 1st century AD statue, at Bellver castle, built in the 14th century for King James II of Majorca, at Palma de Mallorca, Majorca, Balearic Islands, Spain. This is one of the few circular castles in Europe, and was built by architect Pere Salva in Gothic style, with towers attached to the walls and a separate keep tower reached by a high bridge over the moat. Picture by Manuel Cohen 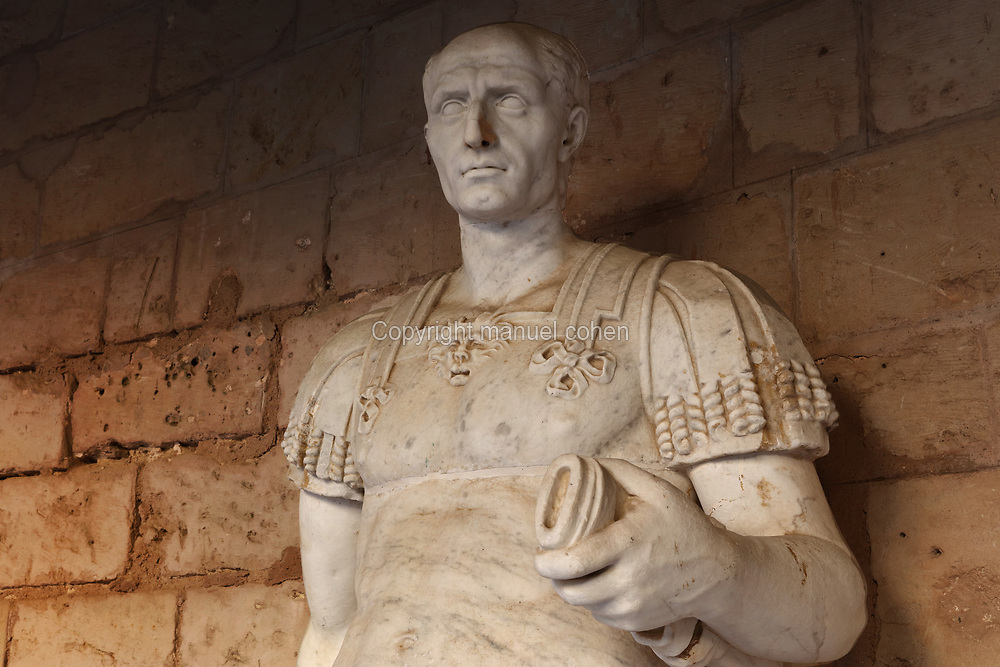