40 metres above the rock, 34 metres long and 10 metres wide, the monk?s refectory with its walls of light and the guests' table in the middle, lies on the same level as the abbey church and the cloister, seen in the distance on the picture, the Merveille (Marvel), 13th century, thanks to a donation by the king of France, Philip Augustus who offered Abbot Jourdain, a grant for the construction of a new Gothic-style architectural set, Le Mont Saint Michel, Manche, Basse Normandie, France. Picture by Manuel Cohen 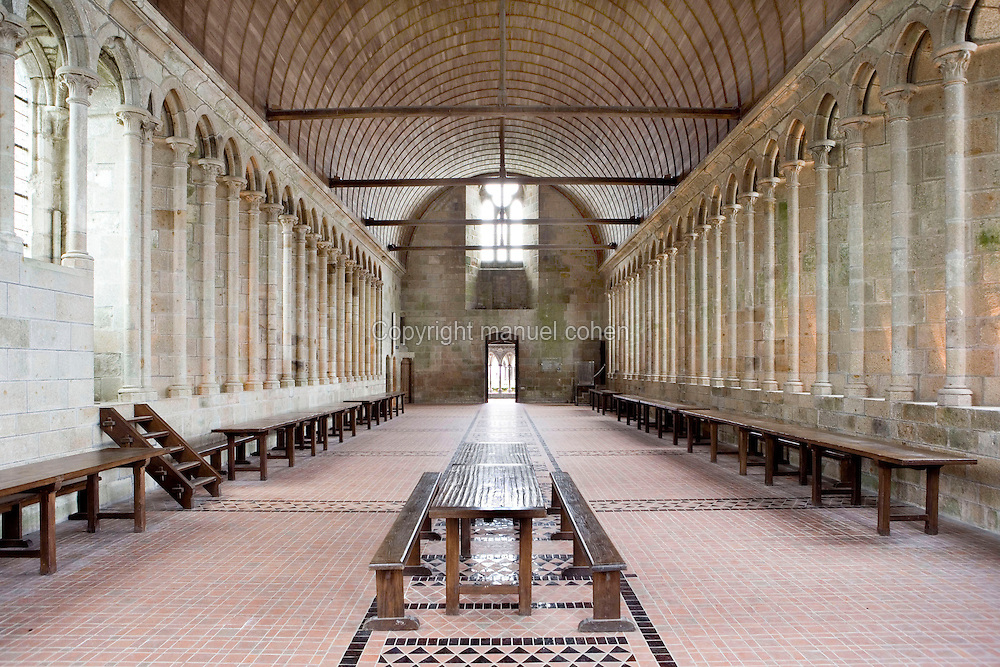