View from below of decorated ceilings and Cupola, New Cathedral, Salamanca, Spain, pictured on December 18, 2010. Salamanca, Spain's most important University city, has two adjoining Cathedrals, Old and New. The old Romanesque Cathedral was begun in the 12th century, and the new in the 16th century. Its style was designed to be Gothic rather than Renaissance in keeping with its older neighbour, but building continued over several centuries and a Baroque cupola was added in the 18th century. Restoration was necessary after the great Lisbon earthquake, 1755. Picture by Manuel Cohen 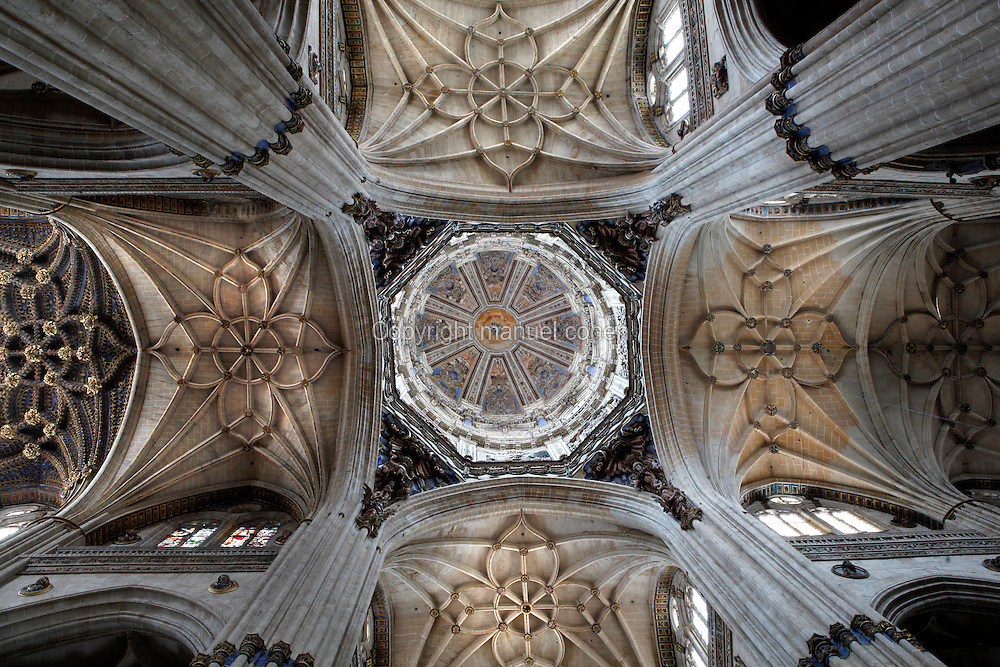