The 10m high purple middle finger by sculptor David Cerny, erected October 2013 on a floating barge on the Vltava river in Prague, Czech Republic. The Czech artist is known for his anti-communist stance has positioned the hand to face Prague Castle, seat of the leftist president Zeman, days before parliamentary elections that could give the communists a taste of power almost a quarter-century after they were ousted. The historic centre of Prague was declared a UNESCO World Heritage Site in 1992. Picture by Manuel Cohen 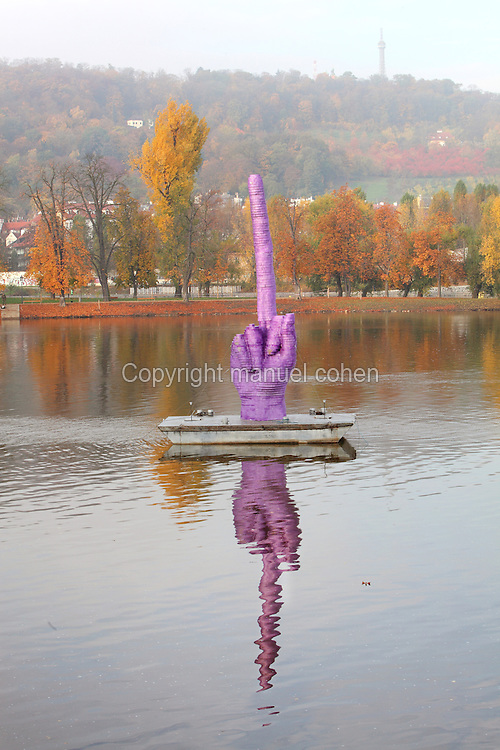