The Patio de Isabel la Catolica, a Moorish courtyard within the San Francisco Convent, now the Parador de San Francisco hotel, Granada, Andalusia, Southern Spain. The convent was built by the Catholic monarchs on the site of a Nasrid palace, remains of which were incorporated into the building. On their deaths, Ferdinand and Isabella were temporarily buried here. Granada was listed as a UNESCO World Heritage Site in 1984. Picture by Manuel Cohen 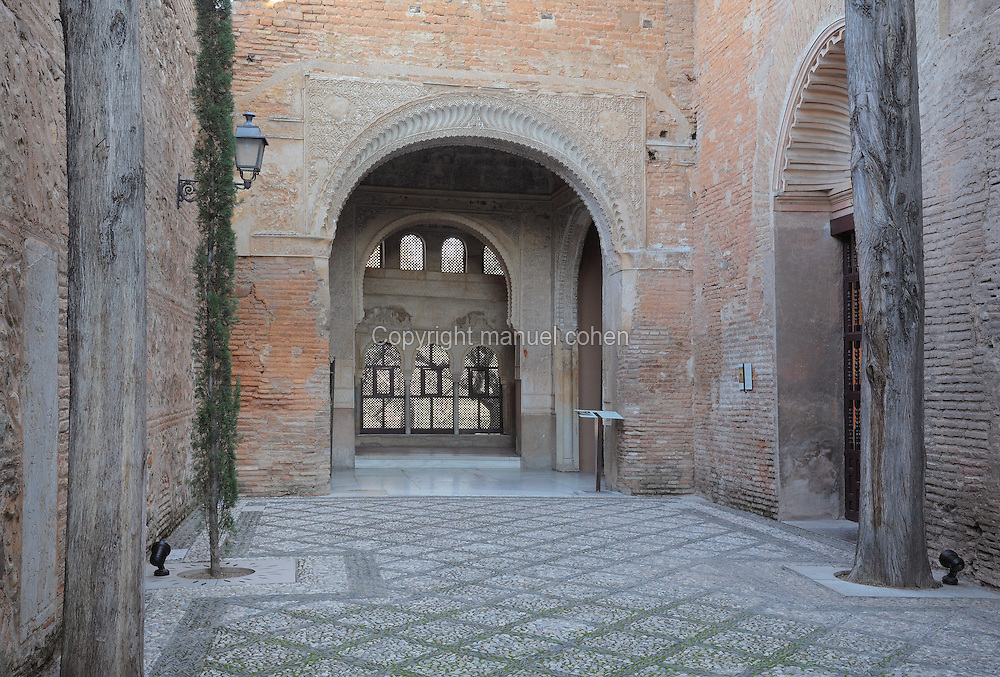