St Michael's Tower on Glastonbury Tor, Glastonbury, Somerset, England. The tower is the remains of the 11th century St Michael's Church which was destroyed by an earthquake in 1275 and rebuilt in the 14th century and demolished in 1539, leaving just the tower. Glastonbury Tor is a hill with symmetrical terraces in its sides, in the Summerland Meadows on the Somerset Levels, and evidence of human activity has been found here dating from the Bronze Age. The site is managed by the National Trust. The tor is strongly associated with Arthurian Legend, believed by some to be Avalon. Picture by Manuel Cohen 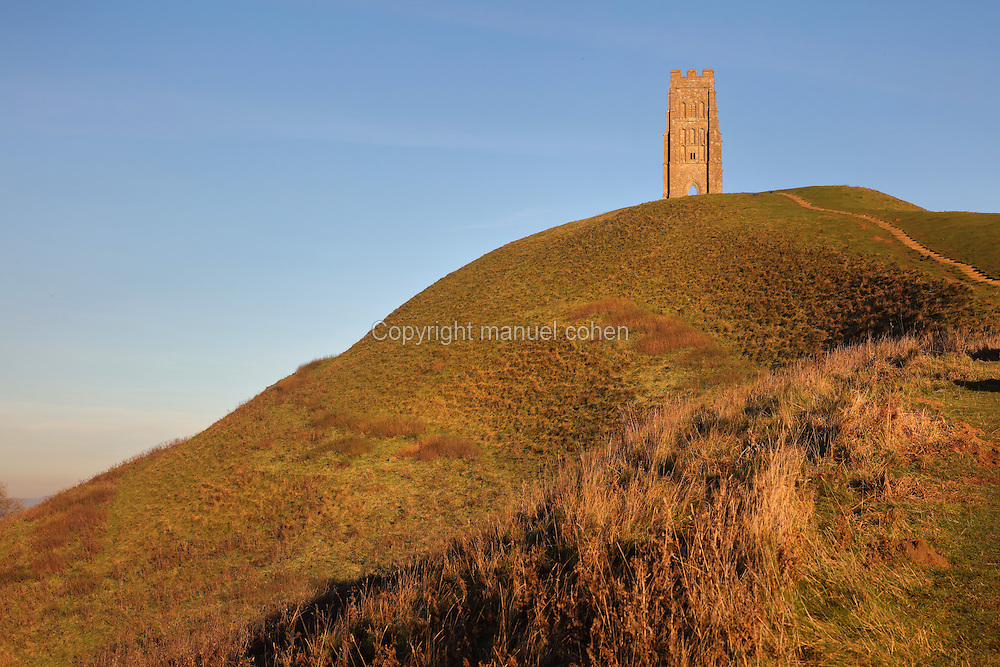