Winged figure on candelabrum, Roman fresco fragment, 41-54 AD, from a room west of the Forum in Empuries, in the Empuries Museum, or Museo de Arqueologia de Cataluna - Empuries (MAC), near Figueres, on the Costa Brava in Catalonia, Spain. The fresco depicts a male figure with a syrinx suspended above, standing on a candelabrum which is on a boxed floral motif. The borders contain a mermaid, portrait and floral patterns. Empuries is an ancient settlement founded in 575 BC by Greek colonists from Phocaea. The town was settled by the Romans from 218 BC and abandoned in the Middle Ages. The site has been undergoing excavation since 1908. Picture by Manuel Cohen 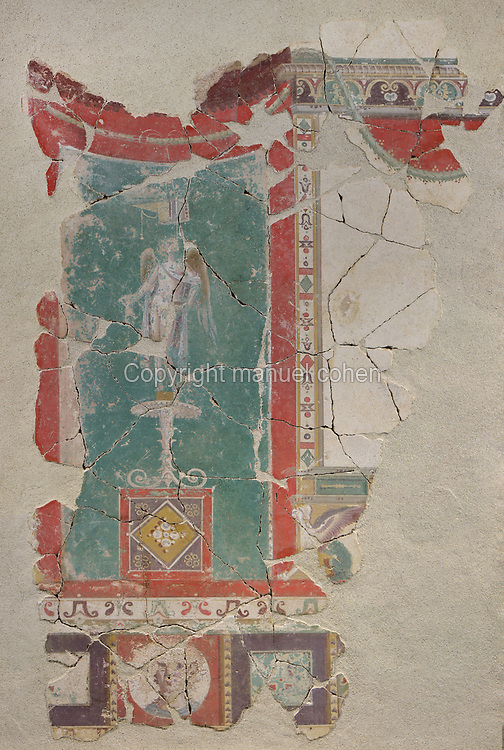