Roman statue of a river god, probably personifying the North Tyne, found in the commanding officer's bath house at Chesters Roman Fort or Cilurnum in 1843, at Chesters Roman Fort Museum, managed by English Heritage, Northumberland, England. Hadrian's Wall was built 73 miles across Britannia, now England, 122-128 AD, under the reign of Emperor Hadrian, ruled 117-138, to mark the Northern extent of the Roman Empire and guard against barbarian attacks from the Picts to the North. The wall was fortified with milecastles with 2 turrets in between, and a fort about every 5 Roman miles. The Hadrian's Wall Path, an 84-mile coast to coast long distance footpath, runs alongside it at his point. Picture by Manuel Cohen 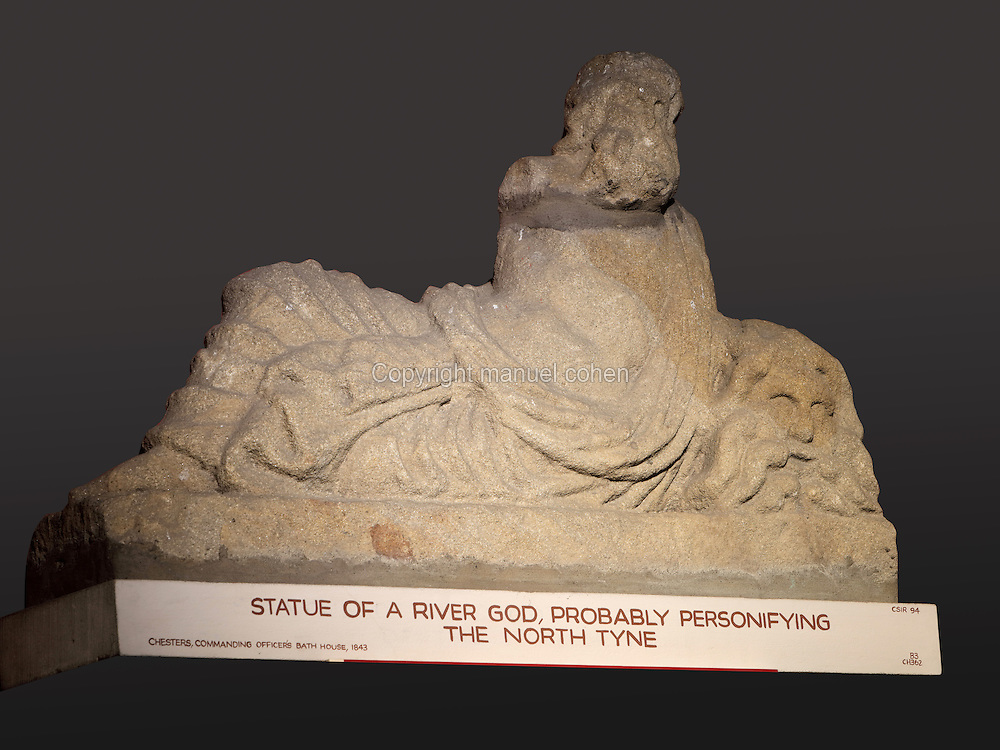