Giant head of Medusa, 2nd century AD, from the Temple of Apollo, 4th century BC, Didyma, Aydin, Turkey. This giant Medusa head at Didyma was formerly part of a frieze on the architrave, possibly sculpted by Aphrodisias. The Gorgons were 3 sisters (Medusa, Stheno and Euryale) with snakes for hair, who could turn people to stone. They are patrons of secrecy, protecting the mystery of the oracle, and their faces were here used as a charm against illness. Didyma was an ancient Greek sanctuary on the coast of Ionia near Miletus, consisting of a temple complex and the oracle of Apollo, or Didymaion, who was visited by pilgrims from across the Greek world. The earliest temple ruins found here date to the 8th century BC but Didyma's heyday lasted throughout the Hellenistic age. It was approached along a 17km Sacred Way from Miletus and is the largest sanctuary in Western Turkey. Picture by Manuel Cohen 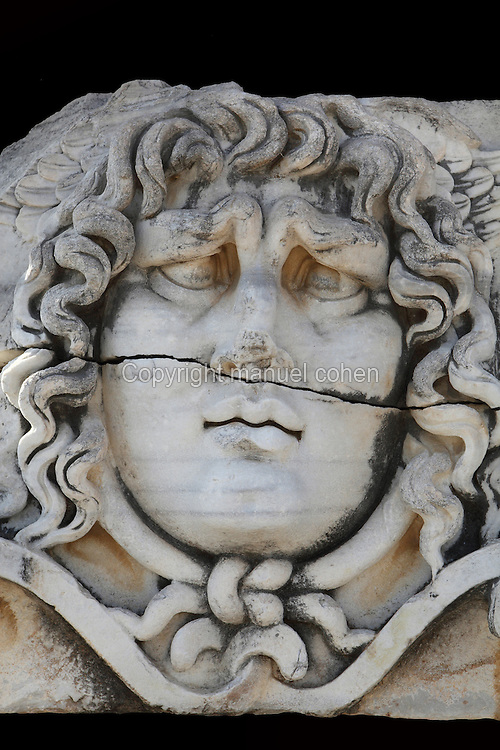