High angle view of Theatre, c. 40-60 AD, Segobriga, Spain, pictured on April 13, 2006, in the afternoon showing the surrounding hills. Seating 2,000 people, the raked auditorium surrounds a semi-circular stage. The theatre was decorated with ornate columns and statues whose ruins remain. Segobriga was founded by the Romans in the 1st century BC, after the Punic wars, and the town was developed during the reign of Augustus. It became an important administrative centre whose local industry was mining ëspecularis lapisí, a crystallized sheet gypsum used for window glass. Picture by Manuel Cohen. 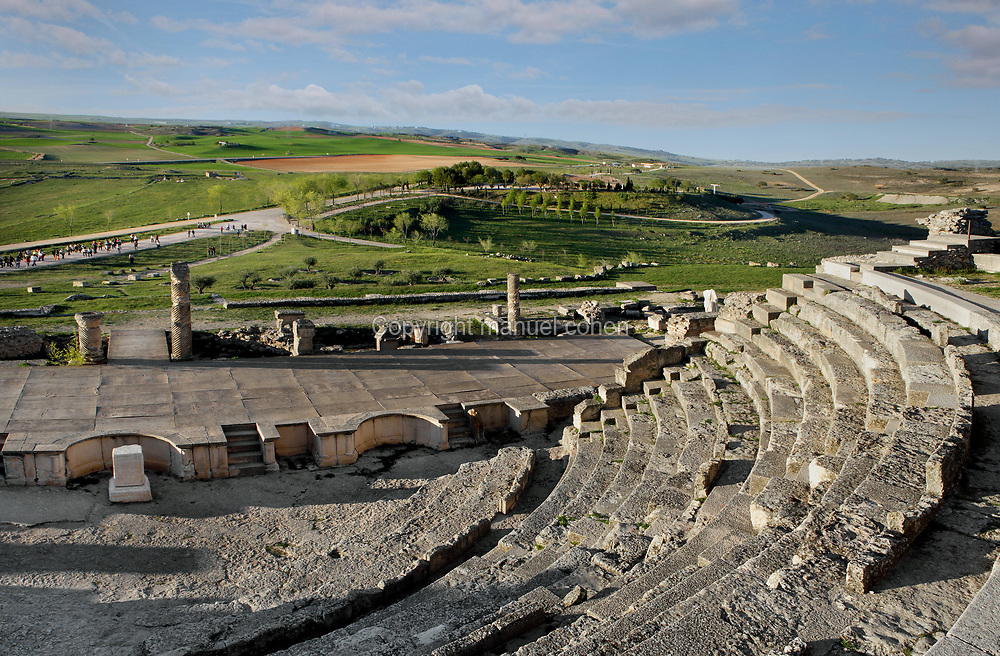