Ambulatory and tabernacle, Catedral de Santa Cruz de Cadiz (Cadiz Cathedral), designed by Vicente Acero in Baroque and Neoclassical style and built 1722-1838, Cadiz, Andalusia, Southern Spain. The cathedral interior is 85m long and 60m wide in a triple-nave Latin cross plan, with the tabernacle under the dome in a Corinthian structure resembling a Greek temple. Cadiz is one of the oldest cities in Europe, founded by the Phoenicians in 1100 BC, and later became a Carthaginian then a Roman city, and Spain's constitution was signed here in 1812. It is situated on a peninsula on the Costa de la Luz. Picture by Manuel Cohen 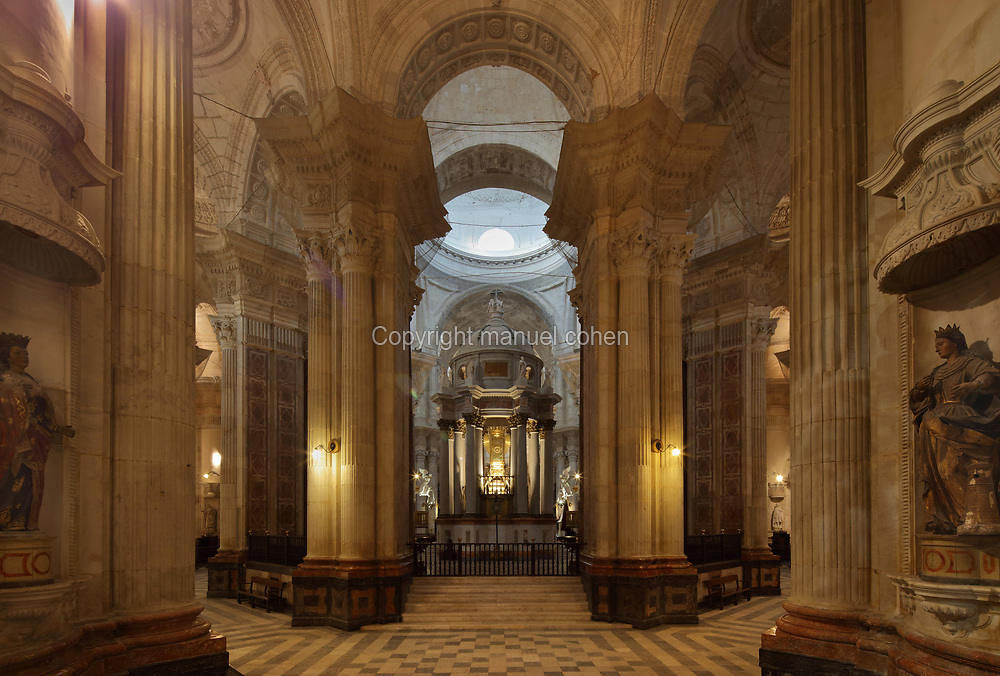