The Apollo Obelisk, a Greek monolithic limestone column dedicated to the god Apollo as Agyieus, protector of streets and houses, Apollonia, Fier, Albania. The obelisk was found near the library but has been reerected by the wall of the tenemos on hill 104. Apollonia was an ancient Greek city in Illyria, founded in 588 BC by Greek colonists from Corfu and Corinth. It flourished in the Roman period and declined from the 3rd century AD when its harbour was silted up due to an earthquake. Picture by Manuel Cohen 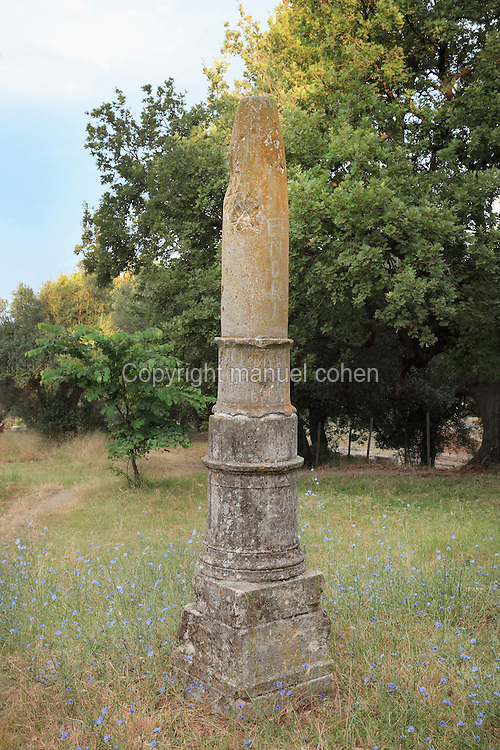