Low angle view of the Cesar Manrique Foundation, Taro de Tahiche, Lanzarote, Canary Islands, Spain, pictured on November 27, 2010 in the afternoon against a cloudy sky. Formerly the artist's studio and home, the house was built in 1968 on the site where a volcano erupted in 1730-36. The living space is formed from five volcanic bubbles and the style is inspired by the traditional local architecture. The Cesar Manrique Foundation, created in 1992, is devoted to the Arts, the Environment, and the conservation, study and promotion of the work of Cesar Manrique. Lanzarote, the Easternmost of the Canary Islands, lies 125km East of the African coast, in the Atlantic Ocean. Like the other islands in this autonomous Spanish archipelago Lanzarote is originally volcanic. Picture by Manuel Cohen. 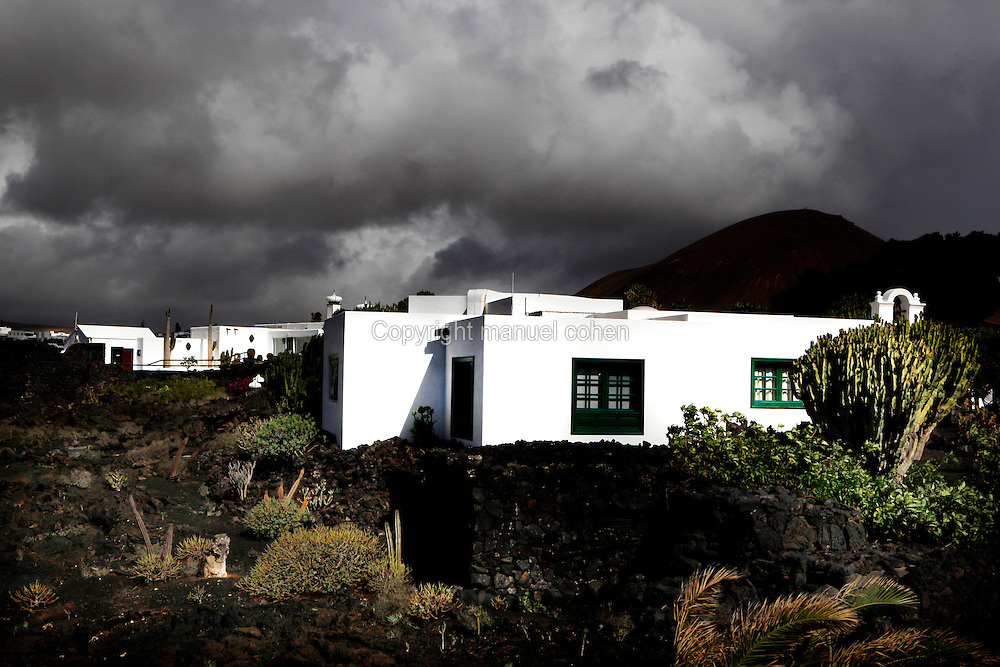