Cour D'Honneur or Courtyard of Honour, with the Mansart Wing of the Petit Hotel de Conti, designed by Jules Hardouin-Mansart, in the Musee du 11 Conti or Monnaie de Paris, reopened in 2017 after refurbishment, housed in the Hotel de la Monnaie, on Quai de Conti, in the 6th arrondissement of Paris, France. A new garden is being designed to open out this space and facade to the public. In the mint, gold coins, medals and official decorations are cast and visitors can watch this process taking place. The Paris Mint was founded in 864 AD and has been in the current building since 1775. Picture by Manuel Cohen 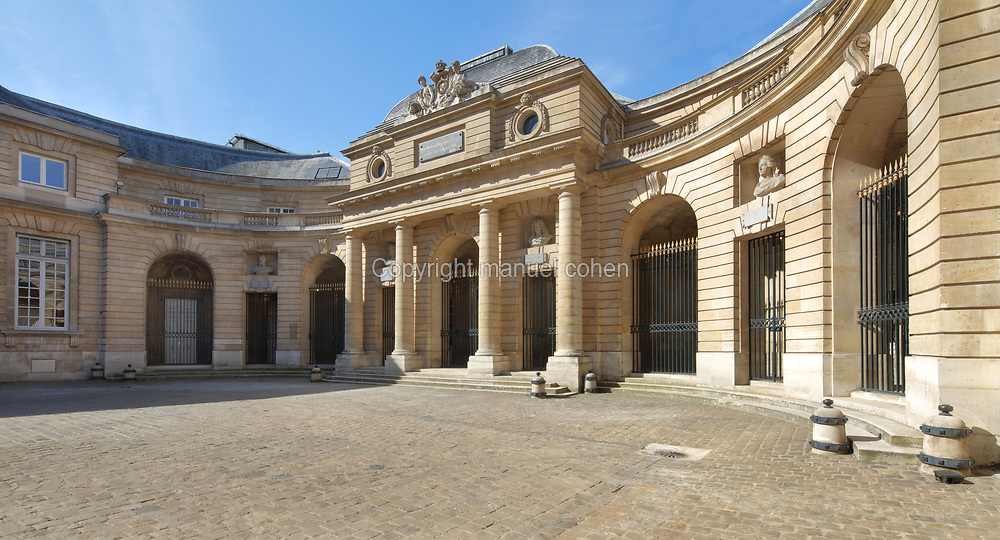