Pont Ambroix, or Ambroix bridge, aerial view, a Roman bridge built 1st century AD crossing the Vidourle on the Domitian Way Roman road, in the ancient town of Ambrussum, in Languedoc-Roussillon, France. The bridge originally had 11 arches and was 150m long, although only 1 arch remains. Ambrussum was a Celtic Iron Age settlement which grew under the Romans from the 2nd century BC. The bridge is listed as a historic monument. Picture by Manuel Cohen 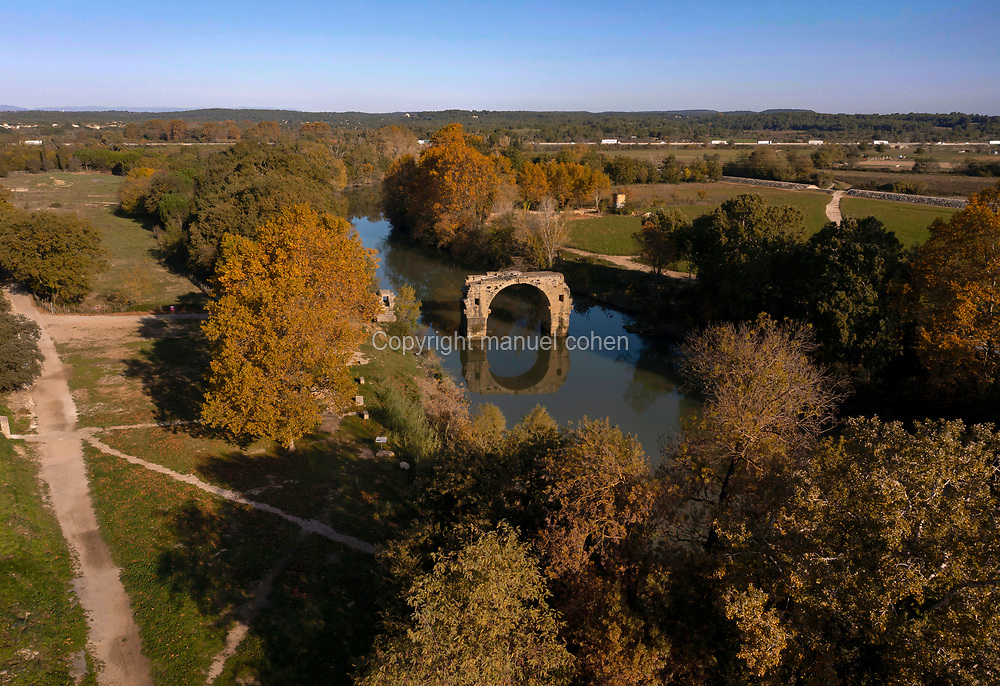