Relief of a mass, on a tympanum over a door to the staircase leading to the chapel, in the Palais Jacques Coeur, huge manor house built 1443-51 in Flamboyant Gothic style, on the Place Jacques Coeur, Bourges, France. Jacques Coeur personally instructed that the function of the room should be described in the tympanum of its door. Fulcanelli stated that Jacques Coeur was an alchemist and it is believed that some of these symbols refer to alchemy, for example the altar (or furnace) on the right with the cross, heart and shell could also represent sulphur, mercury and the crucible. Jacques Coeur, 1395-1456, was a wealthy merchant and was made master of the mint to King Charles VII in 1438. The building is listed as a historic monument. Picture by Manuel Cohen 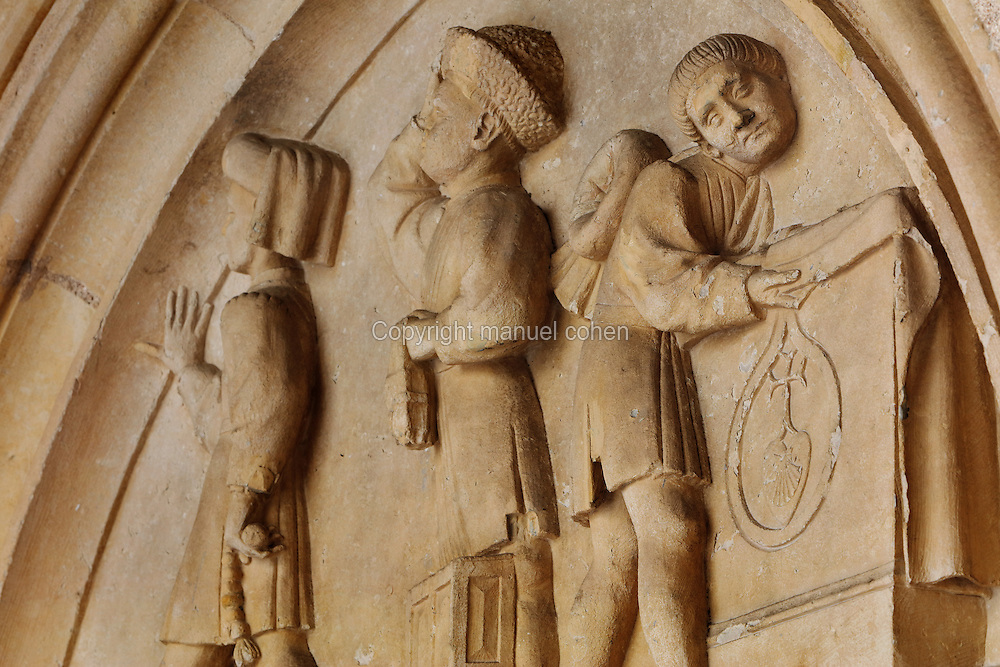