Inscriptions on the Lycian Royal tombs, built for an important ruler in Pinara, an ancient Lycian city on Mount Kragos, Fethiye, Mugla, Turkey. Lycian inscriptions are found all over the site, often interspersed with Greek script. Pinara was founded in the 5th century BC as an extension of the overcrowded Xanthos and was one of the largest cities in Lycia. It was a religious centre dedicated to Apollo, Athena and Aphrodite which later became Christianised and was a bishopric in Byzantine times before being abandoned in the 9th century. The remains of several ancient temples can be seen in Pinara, as well as rock tombs, an upper and lower acropolis, a theatre, an odeon, an agora and a church. Picture by Manuel Cohen 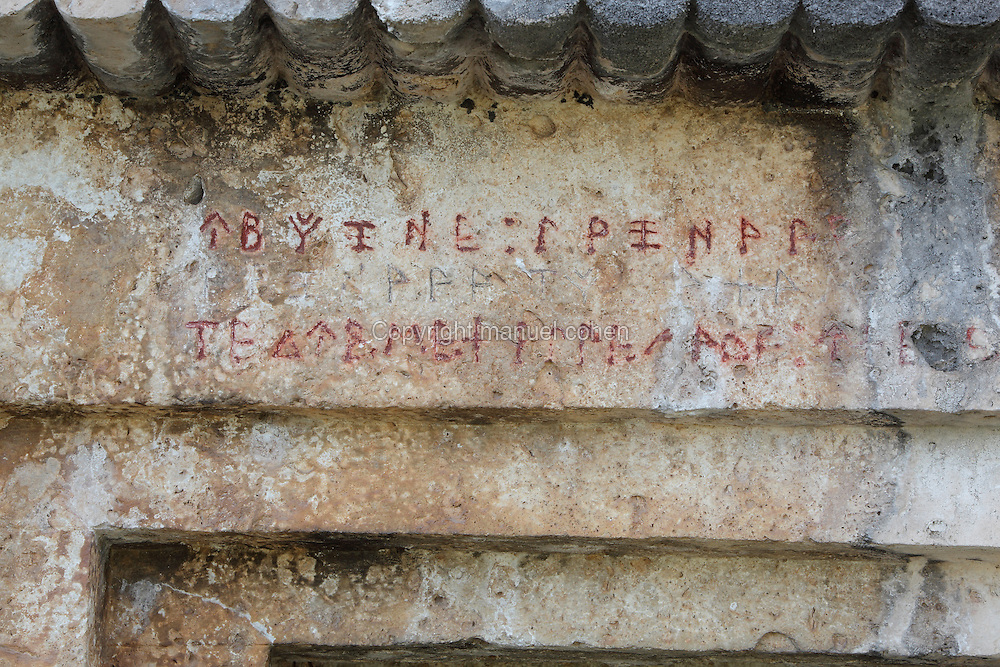