View from the front of the Tillyah-Kori Madrasah, 1646-60, Registan, Samarkand, Uzbekistan, pictured on July 16, 2010, dramatically floodlit at night. The Tillyah-Kori (gilded) Madrasah is part of the Registan Ensemble, surrounding a magnificent square. Commissioned by Yalangtush Bakhadur it is not only a school but also the grand mosque whose lavishly gilded main hall in Kundal style justifies the name. The 75 metre main facade is two-storied with corner turrets and decorated in brilliant mosaic. Around the courtyard are the dormitory cells. The dome was only completed during the 20th century Soviet restoration. Samarkand, a city on the Silk Road, founded as Afrosiab in the 7th century BC, is a meeting point for the world's cultures. Its most important development was in the Timurid period, 14th to 15th centuries. Picture by Manuel Cohen. 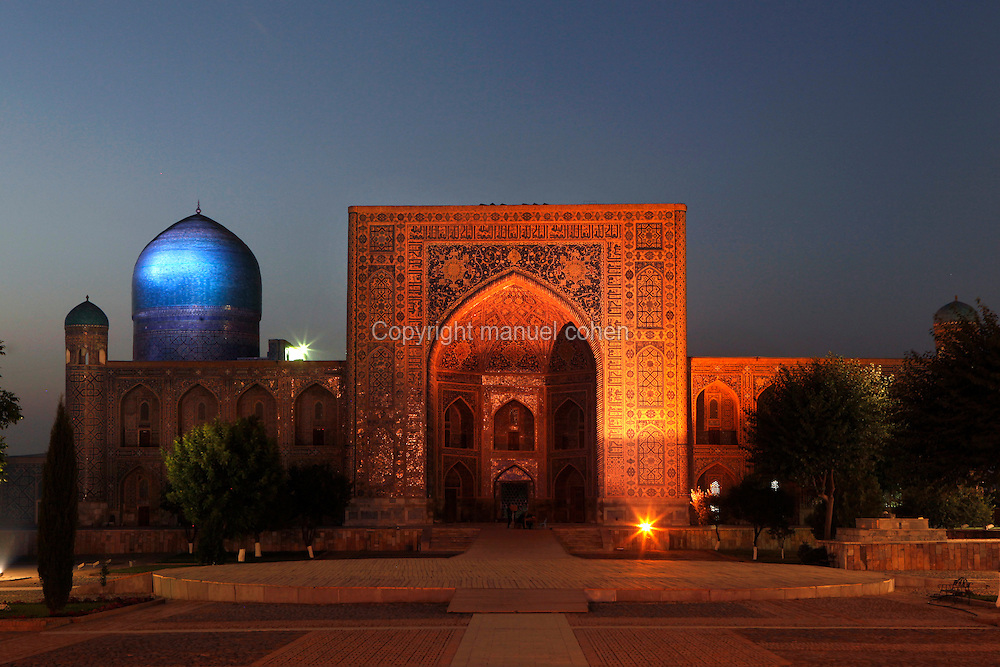