Excavations of the tell at Qal'at al Bahrain by PV Glob and G Bibby from the Prehistoric Museum of Moesgard, Denmark, 1954-72, photograph, in the Qal'at Al-Bahrain Site Museum, near Manama in Bahrain. From 1977 the research was continued by the French National Center for Scientific Research (CNRS), alongside archaeologist from Bahrain. The museum was opened in 2008, displaying artefacts of the history and archaeology of the Qal'at al-Bahrain, or Bahrain Fort or Portuguese Fort, built 6th century AD, once the capital of the Dilmun Civilisation. Qal'at al-Bahrain is listed as a UNESCO World Heritage Site. Picture by Manuel Cohen 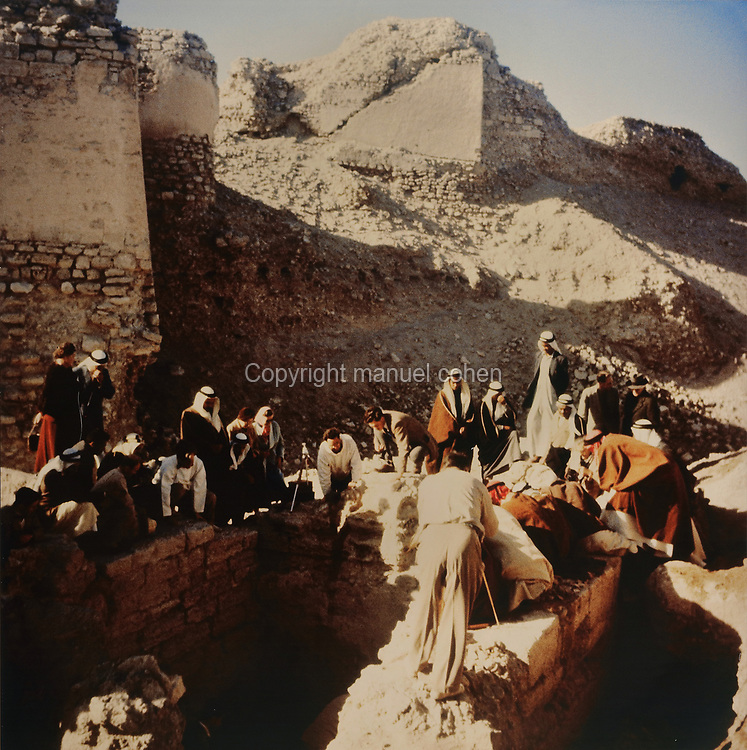