Temple of Apollo, with copy of the original statue of Apollo shooting arrows (the original is in the National Archaeological Museum in Naples), in the Parco Archeologico di Pompei, or Archaeological Park of Pompeii, Campania, Italy. The temple was originally built in the 2nd century BC and was damaged in the 62 AD earthquake. A new phase of official excavations has been taking place here since 2017 in an attempt to stop looters from digging tunnels and removing artefacts for sale. Pompeii was a Roman city which was buried in ash after the eruption of Vesuvius in 79 AD. The site is listed as a UNESCO World Heritage Site. Picture by Manuel Cohen 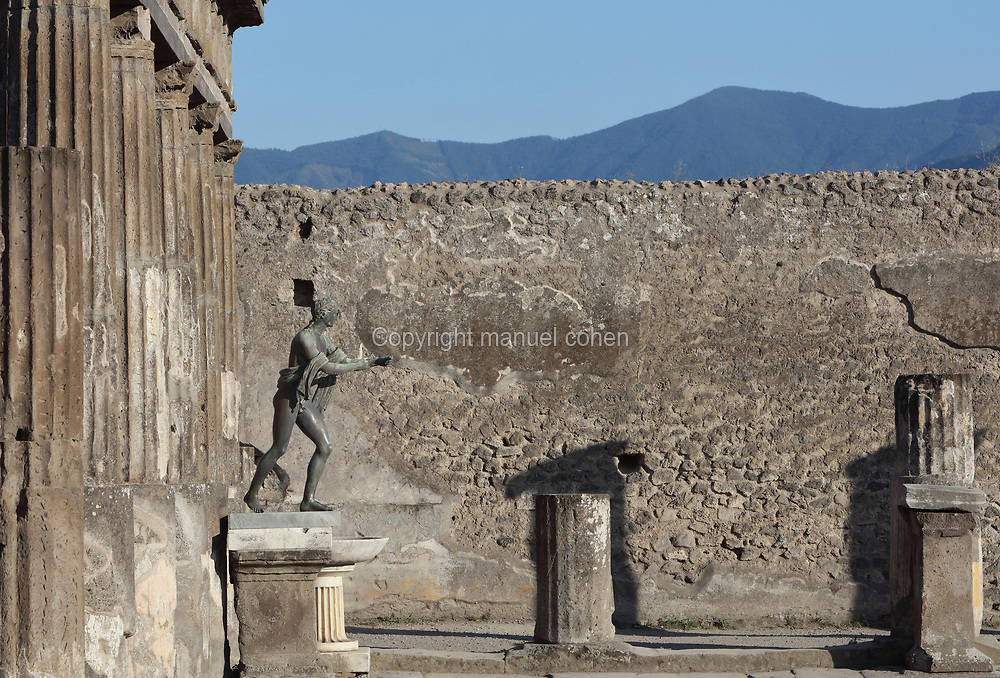