Temple of Leto, built 3rd century BC, Letoon, near Xanthos, Antalya, Turkey. This is the largest and best-preserved of the 3 temples on the site. It was built of very fine limestone, creating the illusion of marble. An ionic peripteros of 11x6 columns surrounded the cult room or cella, which was decorated with a Corinthian colonnade. The Letoon or Sanctuary of Leto was the sacred cult centre of Lycia, its most important sanctuary, and was dedicated to the 3 national deities of Lycia, Leto and her twin children Apollo and Artemis. Leto was also worshipped as a family deity and as the guardian of the tomb. The site is 10km South of the ancient city of Xanthos in Lycia, near the modern-day village of Kumluova, Fethiye. Founded in the 6th century BC, the Greek site also flourished throughout Roman times, and a church was built here in the Christian era. The site was abandoned in the 7th century AD. Picture by Manuel Cohen 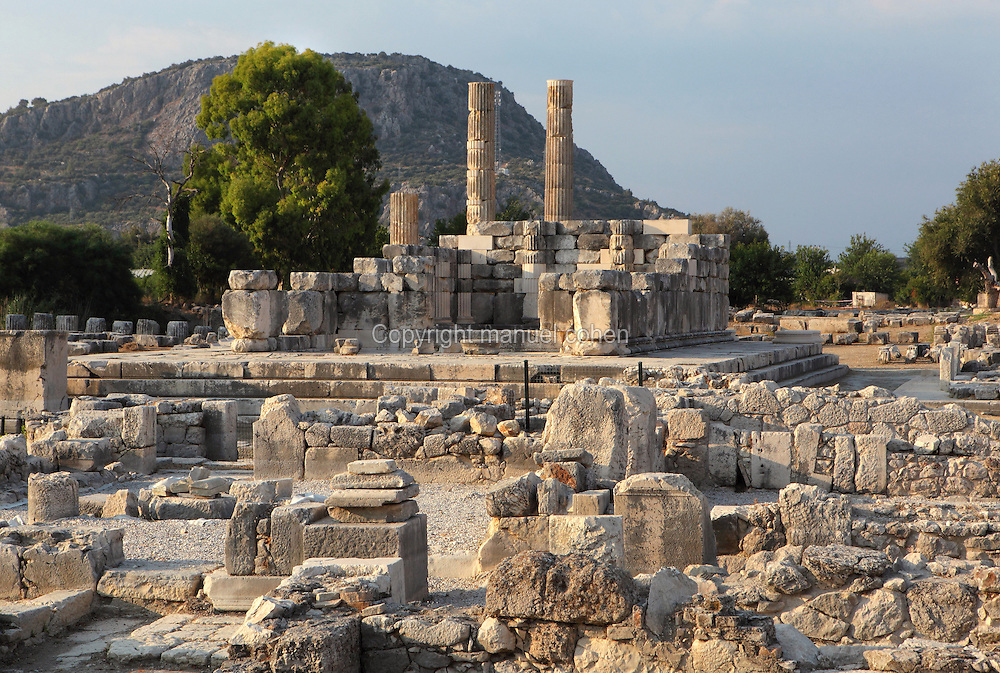