PARIS, FRANCE - JANUARY 20: A low angle view of Place du Tertre and Sacré-Coeur Basilica, on January 20, 2009, in Montmartre, Paris, France. The Sacré-Coeur Basilica, 1884-1914, designed by Paul Abadie, is seen through the deserted Place du Tertre in the blue light of an early morning in winter. Built in white travertine on the top of the Butte de Montmartre, the Romano-Byzantine style Sacré-Coeur was designed as a monument to those who died in the Paris Commune during the Franco-Prussian War, 1870-71. (Photo by Manuel Cohen) 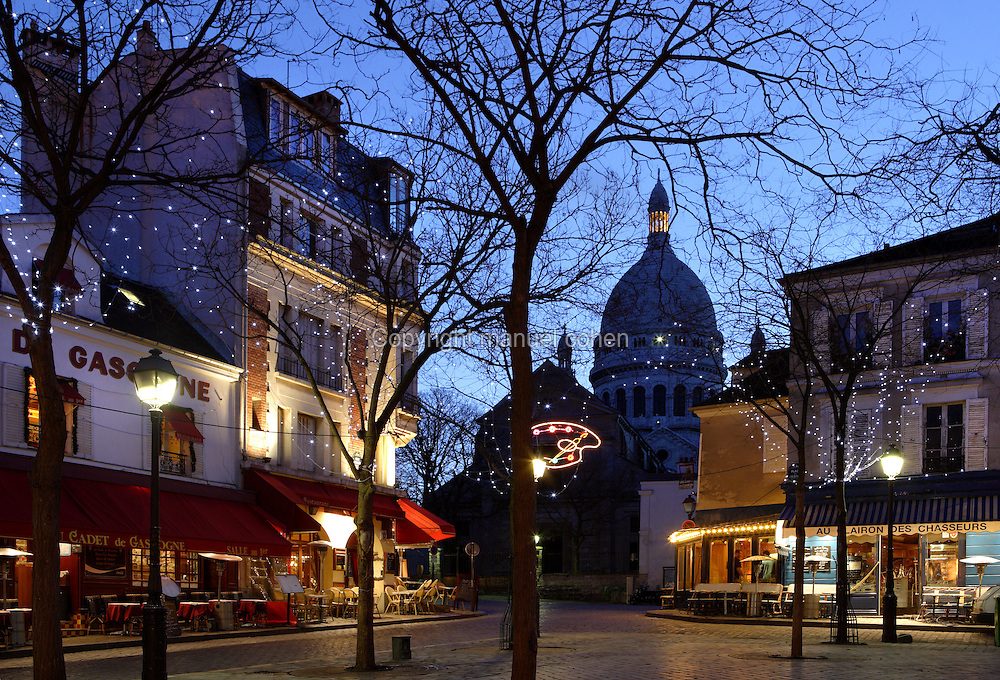