Apse of Santa Maria Cathedral or Cathedral of St Mary of Girona, in the town of Girona, at the confluence of the rivers Ter, Onyar, Galligants and Guell, Catalonia, Spain. The apse is polygonal and flanked by 2 short galleries, and is separated from the nave by a wall holding 3 rose windows. It has 10 trapezoidal rib vaults, seen here, which form 10 radiating chapels. The altar with crucifix is covered by a carved silver canopy, seen here. The cathedral was begun in the 11th century in Romanesque style, and later continued in the 14th century in Catalan Gothic style, redesigned by Pere Sacoma in 1312 and built by the school of Mallorcan architect Jaume Fabre. Of the original Romanesque building only the 12th century cloister and a bell tower remain. The cathedral was completed in the 18th century. Picture by Manuel Cohen 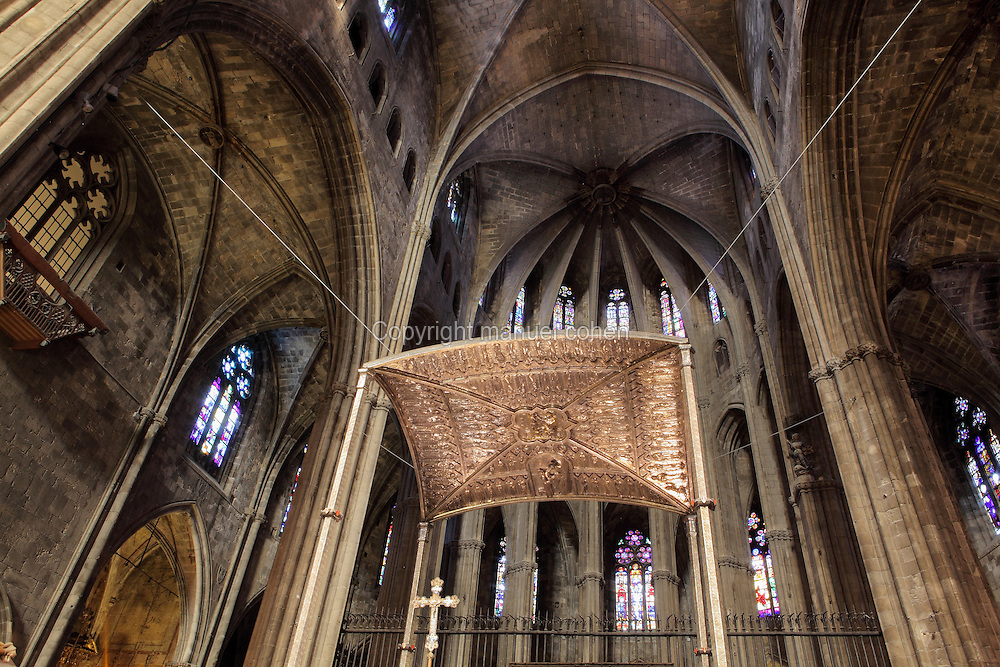