General view of holy tombs and the Pahlavan Makhmoud Mausoleum, Khiva, Uzbekistan, pictured on July 5, 2010, in the morning. The mausoleum centres on the two-cupola shrine of Pahlavan Mahmud, Khiva's patron saint (said to have been a poet, soldier, furrier, wrestler and healer of diseases), and is also the burial complex of the Qungrat Khans. 19th and 20th century remodelling extended the complex. The Mausoleum's blue dome dominates Khiva's skyline rising above its brick building and domes of the adjacent graveyard. Khiva, ancient and remote, is the most intact Silk Road city. Ichan Kala, its old town, was the first site in Uzbekistan to become a World Heritage Site(1991). Picture by Manuel Cohen. 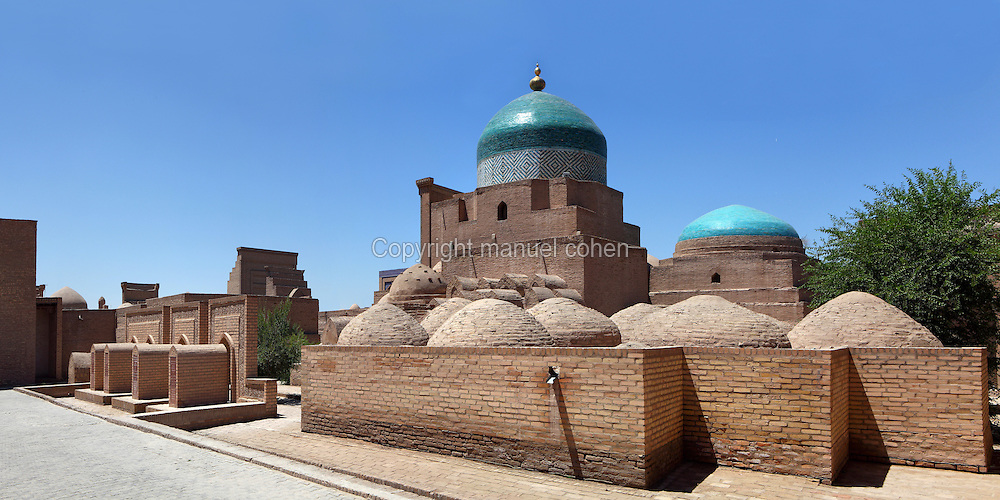