Temple du Souvenir Indochinois, with red walls and columns and overhanging eaves, destroyed by fire in 1984 and rebuilt on a smaller model in 1992, on the Dinh Esplanade, built for the 1907 Colonial Exhibition, in the Jardin d'Agronomie Tropicale, or Garden of Tropical Agronomy, in the Bois de Vincennes in the 12th arrondissement of Paris, France. In the foreground is a bronze funerary urn, copy of the urns at the Imperial Palace at Hue, Vietnam. The garden was first established in 1899 to conduct agronomical experiments on plants of French colonies. In 1907 it was the site of the Colonial Exhibition and many pavilions were built or relocated here. The garden has since become neglected and many structures overgrown, damaged or destroyed, with most of the tropical vegetation disappeared. The site is listed as a historic monument. Picture by Manuel Cohen 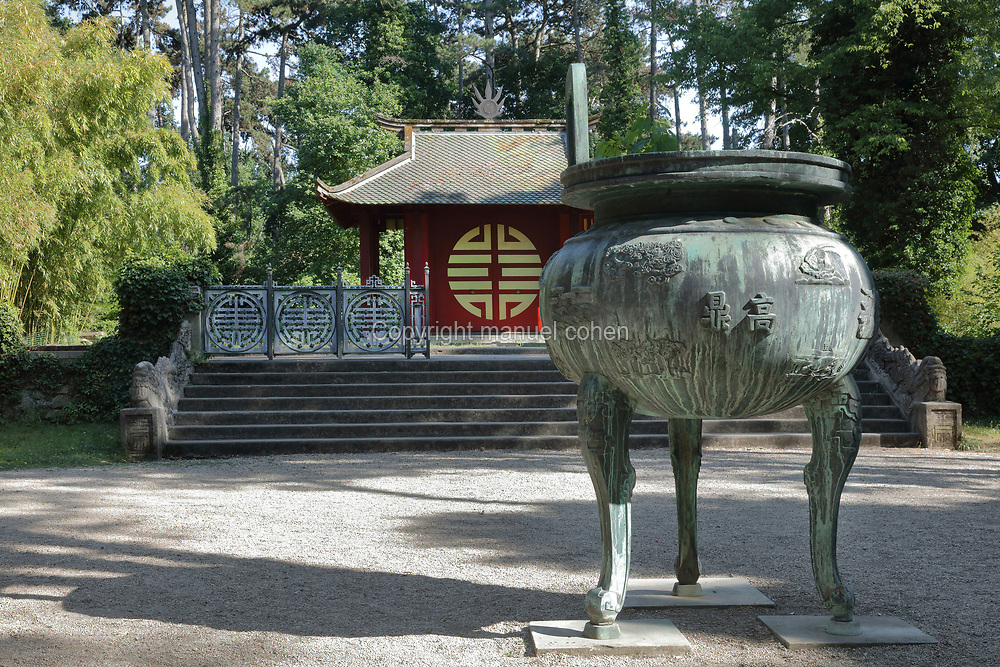