Dawn at the Charles Bridge or Karluv most, built 1357 - 15th century, across the Vltava river in Prague, Czech Republic. Its construction began under King Charles IV, replacing the old Judith Bridge built 1158‚??1172 after flood damage in 1342. This new bridge was originally called the Stone Bridge (Kamenny most) or the Prague Bridge (Prazsky most) but has been the Charles Bridge since 1870. The bridge is 621m long and nearly 10m wide, resting on 16 arches shielded by ice guards. It is protected by three bridge towers, two on the Lesser Quarter side and one on the Old Town side. The historic centre of Prague was declared a UNESCO World Heritage Site in 1992. Picture by Manuel Cohen 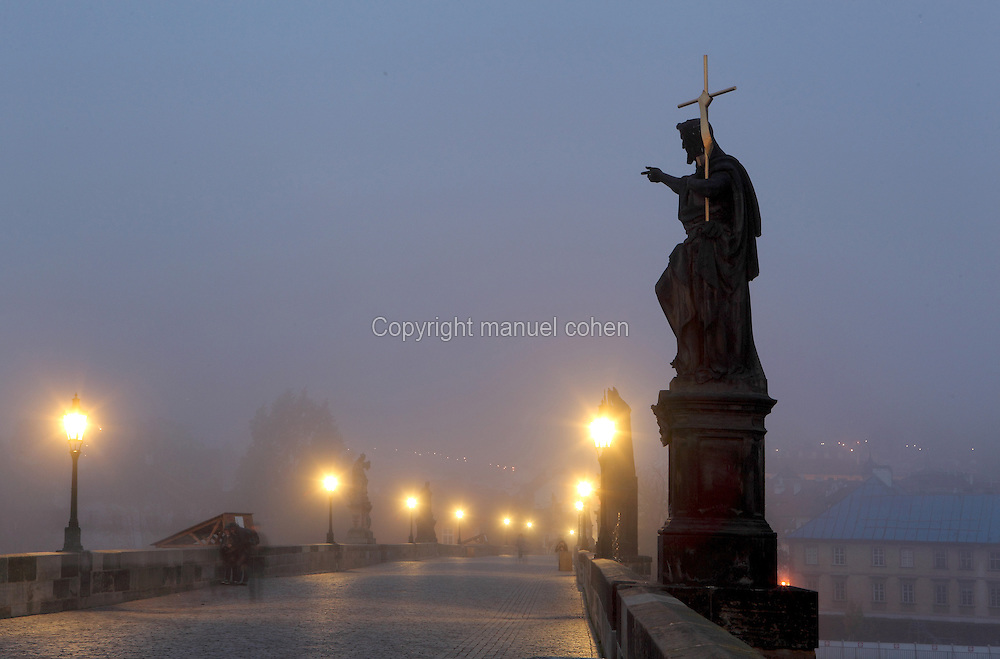