Mosaic in the crypt of the Basilica Notre Dame de Fourviere, Lyon, France

Two pilgrim in a detail of the life of St James of Compostela in the crypt of the Basilica Notre Dame de Fourviere, Lyon, France. It depicts scenes from the life of St. James and sites along the popular pilgrimage route leading from France to Santiago de Compostela. It was a donation of the Ukrainian artist Larissa Perekrestova of Odessa and a donation of the association Des amis de la mosaïque de Saint-Jacques, whose president was Jacques Tollet, thanks to people who did the pilgrimage in 2004. The basilica was built between 1872 and 1876 in a neo-Byzantine style. It was designed by the French architect Pierre Bossan. Picture by Manuel Cohen. 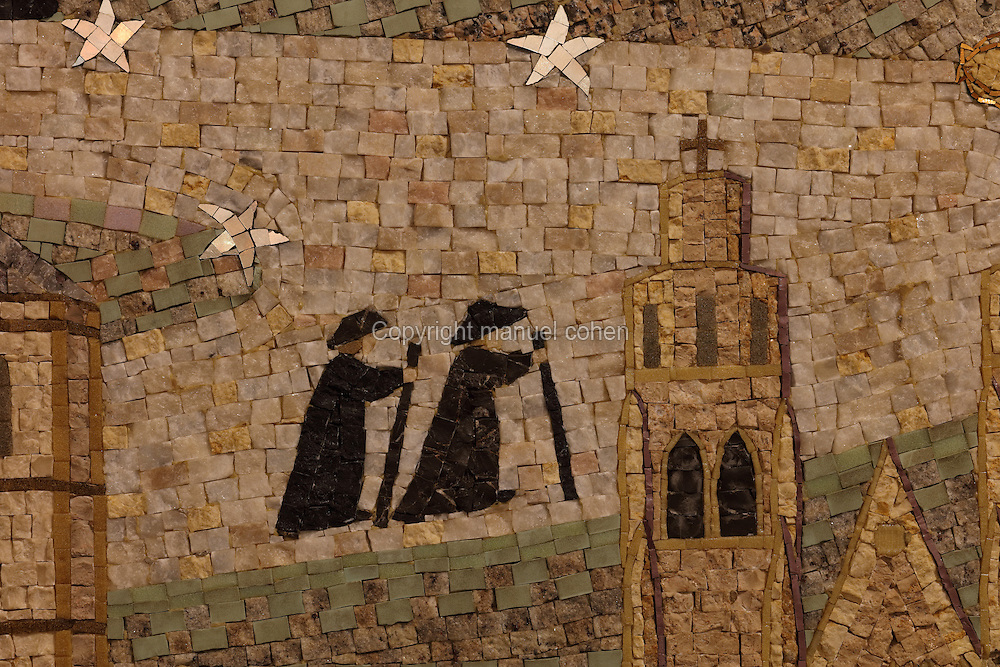