One of the Twin churches, Umm ar-Rasas, Amman, Jordan

One of the Twin Churches, Church of the Rivers or Church of the Palm Tree, built c. 570s AD within the Castrum or Roman fortified camp, against its Eastern wall, Umm ar-Rasas, Amman, Jordan. The church has a mono apse with 3 naves separated by 2 rows of 3 arches and a raised presbyterium, seen here. Umm ar-Rasas is a rectangular walled city which grew from a Roman military camp in the Jordanian desert. Its remains date from the Roman, Byzantine and Umayyad periods (3rd - 9th centuries), including 16 churches with mosaic floors. Excavations began in 1986, although most of the site remains unexplored. It was declared a UNESCO World Heritage Site in 2004. Picture by Manuel Cohen 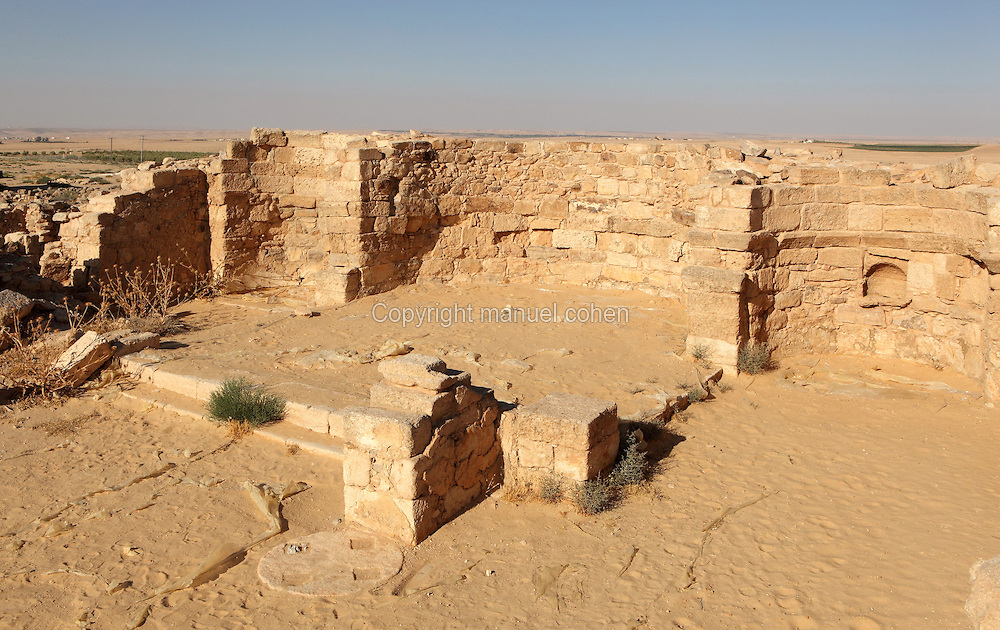