The Seher-Cehaja Bridge, a 16th century Ottoman bridge crossing the Miljacka river, and behind, the National and University Library of Bosnia and Herzegovina, the national library, designed in 1891 by the Czech architect Karel Parik as the City Hall, and reopened as a library in 2014, Sarajevo, Bosnia and Herzegovina. This building, on the banks of the Miljacka river, is from the Austro-Hungarian period of the city. The building and many of its documents were damaged in 1992 during the Siege of Sarajevo in the Yugoslav War. Picture by Manuel Cohen 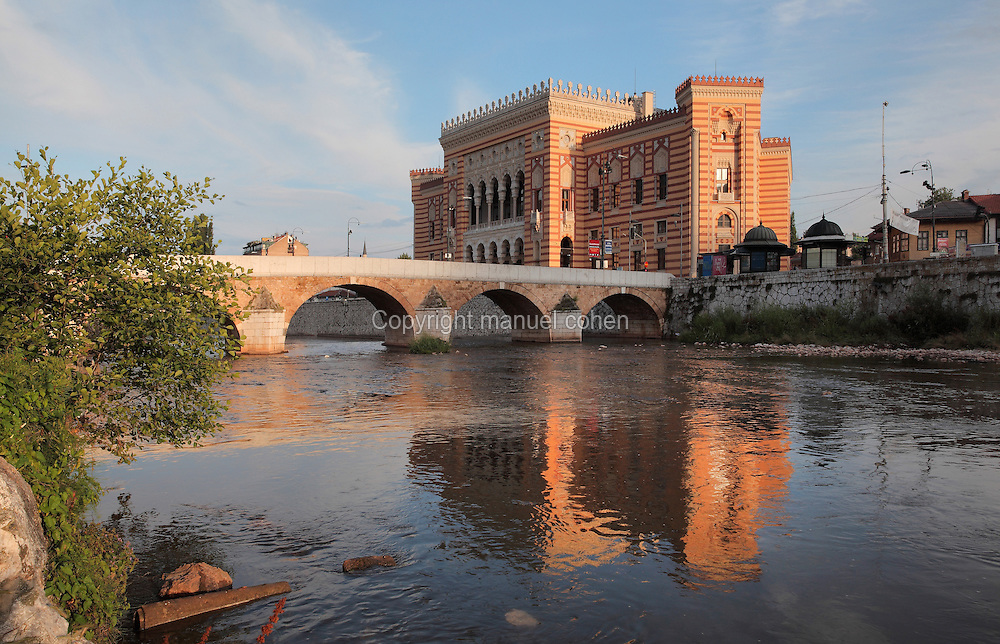