Town of Uchisar, in Pigeon Valley near Goreme, in Nevsehir province, Cappadocia, Central Anatolia, Turkey. In the centre is Uchisar Castle, the highest point in Cappadocia, with many rooms carved out of the rock. Many of the houses are carved into the soft volcanic rock, and the rock formations surrounding the town were made by erosion of the volcanic tuff created by ash from volcanic eruptions millions of years ago. This area forms part of the Goreme National Park and the Rock Sites of Cappadocia UNESCO World Heritage Site. Picture by Manuel Cohen 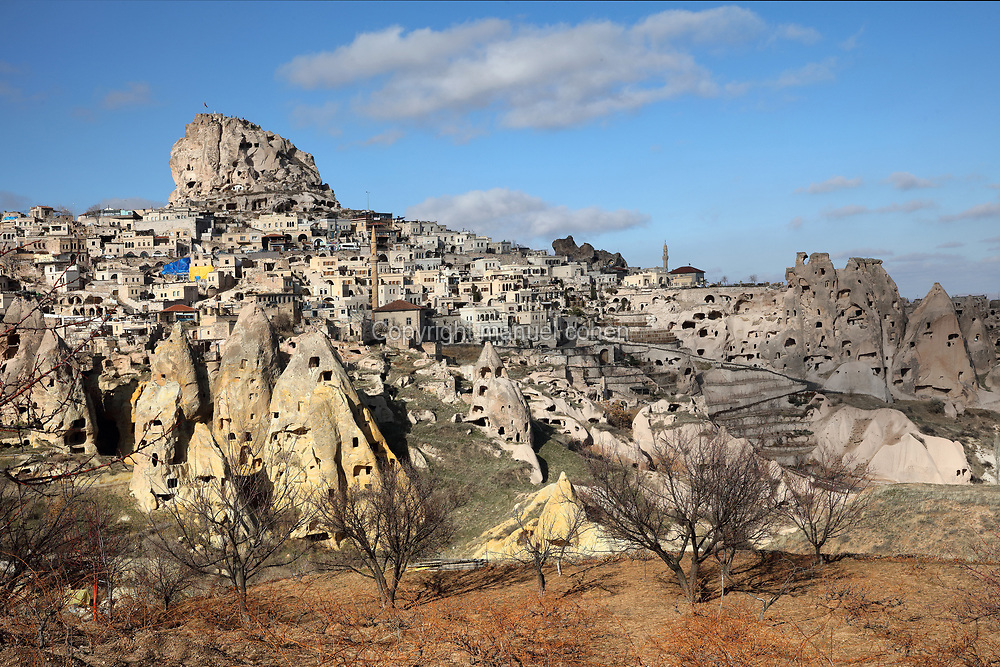