Detail from the mihrab portal, a horseshoe arch and rectangular surround or alfiz richly decorated with tesserae (glass mosaic with gold or coloured backing) with kufic inscriptions, in the Cathedral-Great Mosque of Cordoba, in Cordoba, Andalusia, Southern Spain. The first church built here by the Visigoths in the 7th century was split in half by the Moors, becoming half church, half mosque. In 784, the Great Mosque of Cordoba was begun in its place and developed over 200 years, but in 1236 it was converted into a catholic church, with a Renaissance cathedral nave built in the 16th century. The historic centre of Cordoba is listed as a UNESCO World Heritage Site. Picture by Manuel Cohen 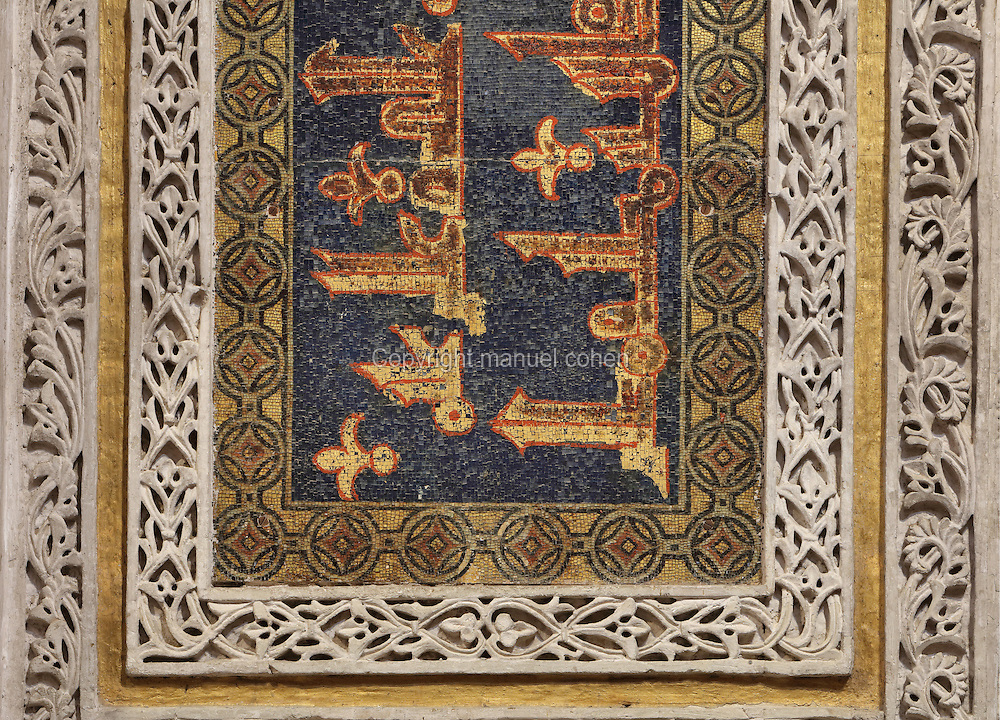