Altarpiece of St Peter, detail, carved wooden scenes of the life of St Peter, 1573, attributed either to Gabriel Joly, 1538-84, or Cosme Damian Bas, or Juan de Salas, in the Chapel of Mary Magdalene, in the Catedral del Salvador de Albarracin, 16th century, in the medieval town of Albarracin, Teruel, Aragon, Spain. Albarracin was founded as a Moorish town in the 11th century and became an independent lordship until the 13th century. The town is listed as a national monument. Picture by Manuel Cohen 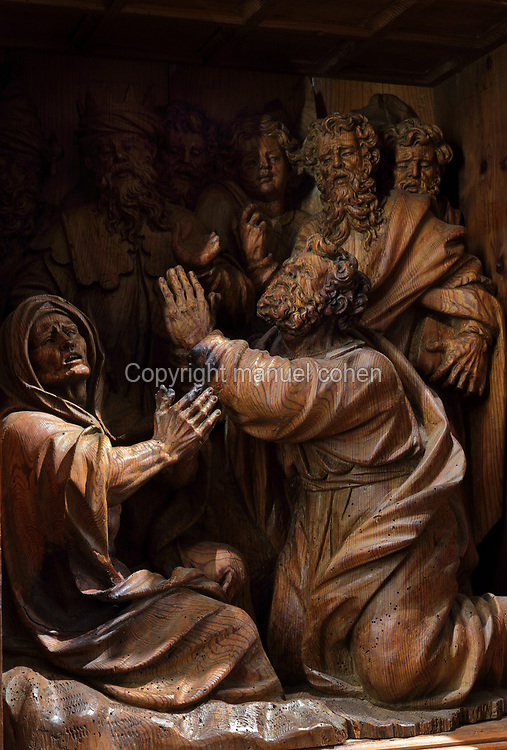