Jewel of the Order of the Golden Fleece, reproduction by Herbert Horovitz

Reproduction of the Jewel of the Order of the Golden Fleece, 2010, by Herbert Horovitz and his team of jewellers in Geneva, taking 600 hours of work, based on the original drawing by Pierre Andre Jacquemin, 1720-73, Jeweller to the King and Keeper of the Crown Jewels under Louis XV. The blue diamond set in this piece was brought to France from India by Jean-Baptiste Tavernier in 1668 and sold to Louis XIV. It was cut by Jean Pittan in a new 'rose de Paris' design and set in the Grand Insignia of the Order of the Golden Fleece in 1749 for Louis XV. In 1792 this piece and many others were stolen by a revolutionary mob from the Garde-Meuble Royal in Paris. The blue diamond was later re-cut to become the Hope Diamond, now in the Smithsonian Museum in Washington DC, USA, as proved by Francois Farges in 2008. Picture by Manuel Cohen 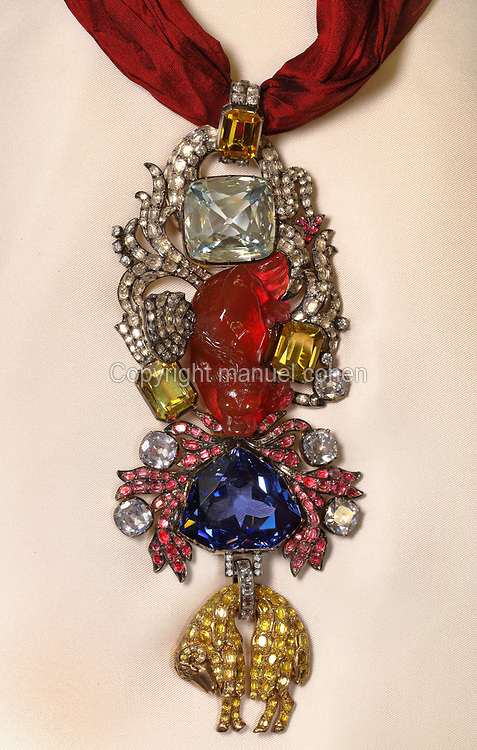