Low angle view of the Bibi-Khanym Mosque (Juma mosque), Registan square, early 15th century, Samarkand, Uzbekistan, seen at sunrise on July 16, 2010, showing the huge entrance gateway. Named after the wife of Amir Timur, 14th century ruler, the mosque was constructed following his 1399 Indian campaign. It collapsed after an earthquake in 1897 and was restored in the late 20th century. Samarkand, a city on the Silk Road, founded as Afrosiab in the 7th century BC, is a meeting point for the world's cultures. Its most important development was in the Timurid period, 14th to 15th centuries. 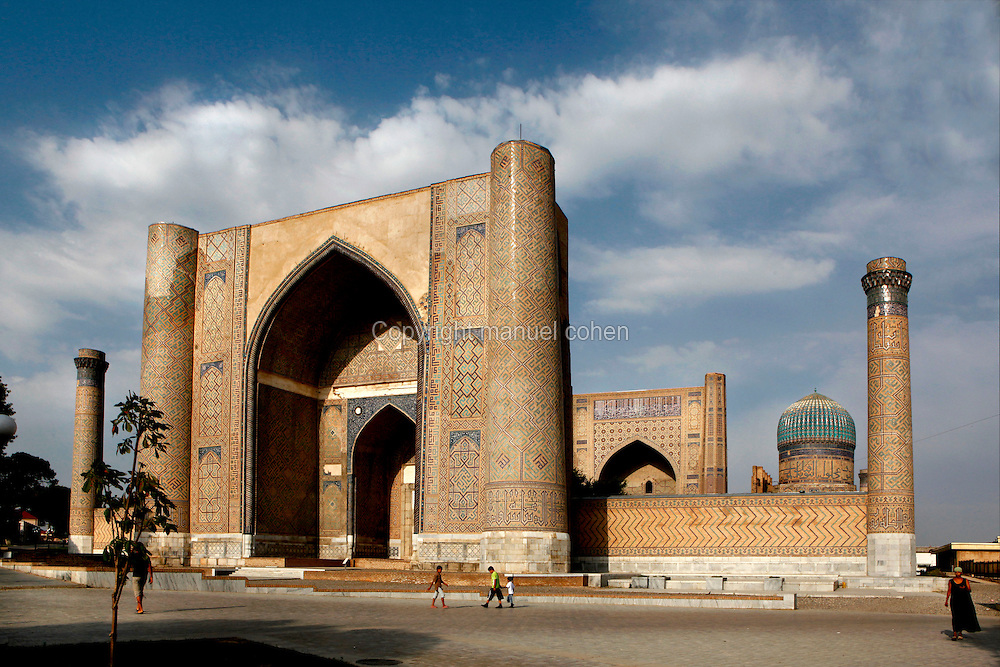