Low angle view of interior, Church of the Purisima, Salamanca, Spain, pictured on December 19, 2010. 17th century church commissioned by Manuel de Fonseca y Ziga, as a family pantheon and convent for the seclusion of his daughter from architects Juan Gomez de Mora, Francisco de la Hoya and Antonio de Carassa. It has a Latin-cross plan roofed with barrel vaults, and a dome above the transept. Above the altar is the high reredos, by Jose de Ribera. Salamanca, an important Spanish University city, is known as La Ciudad Dorada ("The golden city") because of the unique golden colour of its Renaissance sandstone buildings. Founded in 1218 its University is still one of the most important in Spain. Around it the Old Town is a UNESCO World Heritage Site. Picture by Manuel Cohen 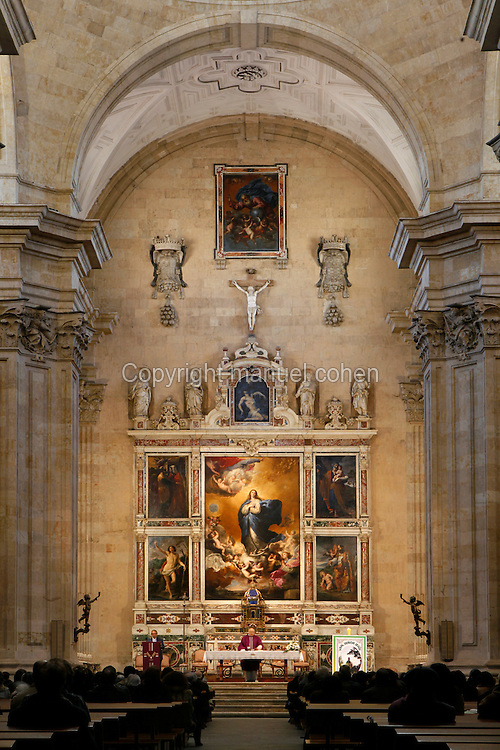