TOLEDO, SPAIN - APRIL 12 : A view from the front of the Puerta del Cambron, on April 12, 2006 in Toledo, Spain. The Cambron Gate, whose name derives from the Buckthorn bushes which grew around it, is also known as the Jewish Gate. Of Moorish origin it was rebuilt in the 16th century. Square in plan, its four towers surround a central turreted courtyard. Toledo is a former capital of Spain, and cultural centre where Jews, Muslims and Christians co-existed. (Photo by Manuel Cohen) 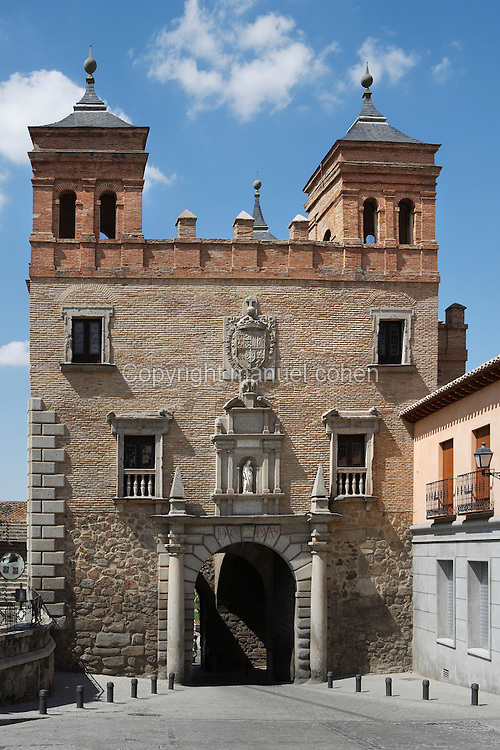