Man passing under the barrier beyond which non-muslims are not permitted, in the access corridor to the Mausoleum of Moulay Idriss I, running alongside a courtyard (through the horseshoe arches) and with the minaret above, Moulay Idriss, Meknes-Tafilalet, Northern Morocco. The mausoleum was rebuilt by Moulay Ismail, 1672-1727, in the 17th century and is the site of an important moussem or pilgrimage festival each summer. The town was founded by Moulay Idriss I, who arrived in 789 AD and ruled until 791, bringing Islam to Morocco and founding the Idrisid Dynasty. His body was moved to a tomb in the mausoleum. Picture by Manuel Cohen 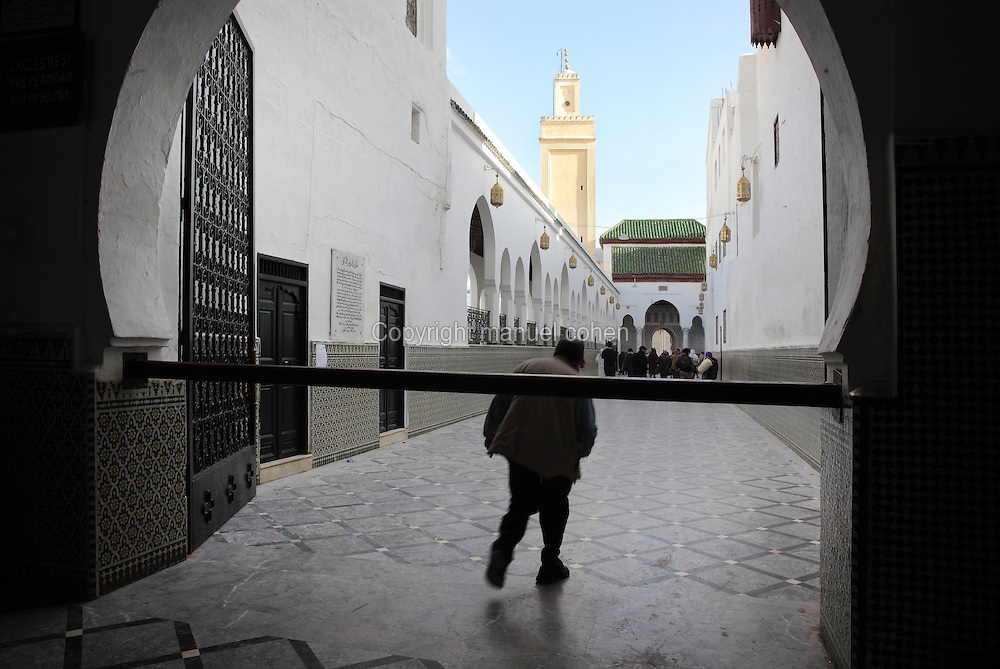