One of the damned trying to escape from hell, from the open panels of the polyptych altarpiece, 1446-52, by Rogier van der Weyden, 1399-1464, commissioned by Nicolas Rolin in 1443, in Les Hospices de Beaune, or Hotel-Dieu de Beaune, a charitable almshouse and hospital for the poor, built 1443-57 by Flemish architect Jacques Wiscrer, and founded by Nicolas Rolin, chancellor of Burgundy, and his wife Guigone de Salins, in Beaune, Cote d'Or, Burgundy, France. The altarpiece was originally in the Chapel, but is now in the museum. The panels were only opened to patients during holy days. The hospital was run by the nuns of the order of Les Soeurs Hospitalieres de Beaune, and remained a hospital until the 1970s. The building now houses the Musee de l'Histoire de la Medecine, or Museum of the History of Medicine, and is listed as a historic monument. Picture by Manuel Cohen 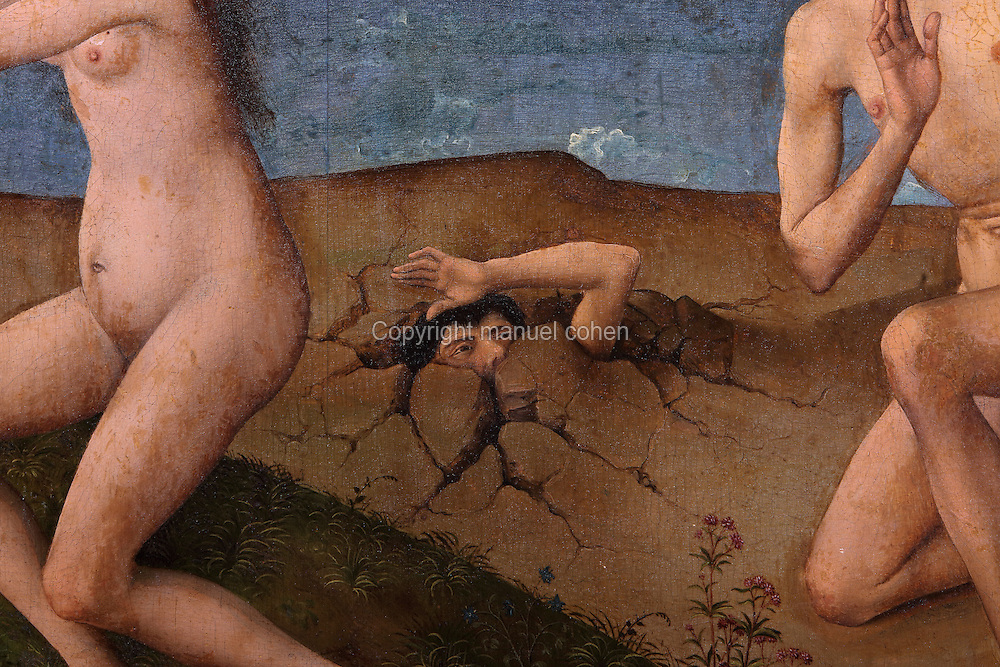