La Moleta del Remei, aerial view, a pre-Iberian settlement built 9th - 7th century BC by the Ilercavones tribe, on the Sierra del Montsia at a strategic site between the river Ebro and the Mediterranean Sea, Catalonia, Spain. The settlement could house 500 people, with houses centred around a courtyard and walls surrounding the rim. The earlier settlement was abandoned c. 600 BC and rebuilt later by the Iberians and occupied until the 2nd century BC. Picture by Manuel Cohen 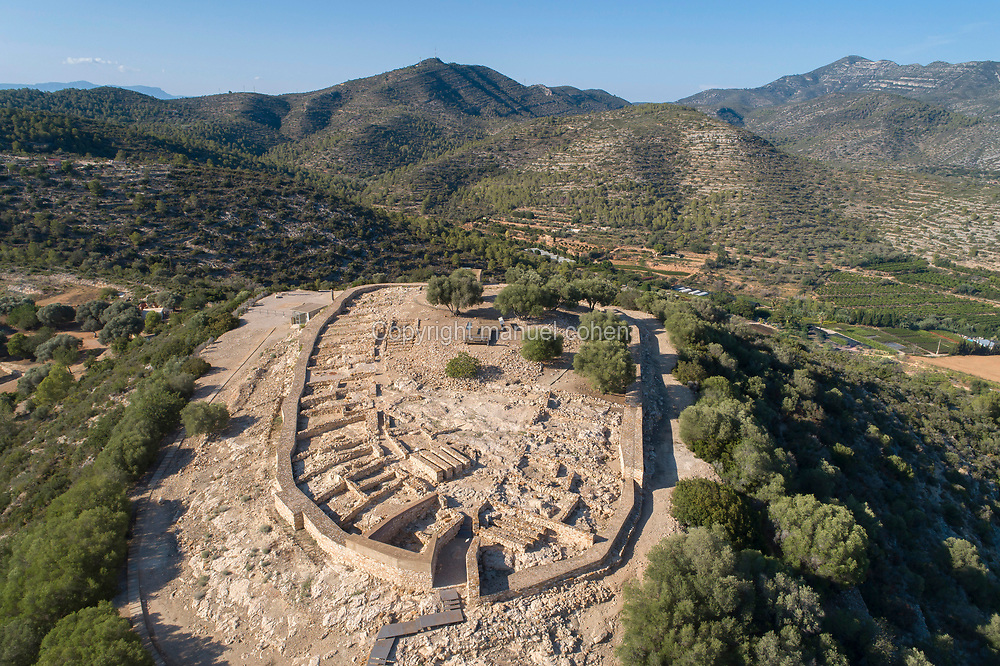