The Double Churches, or The Church of Mary, with a font in the foreground, Roman, 2nd century AD, Ephesus, Izmir, Turkey. This church is known as the Double Church because one aisle was dedicated to the Virgin and the other to St John, and as the Council Church because the Council of Ephesus is believed to have been held here in 431 AD. It is also known as the Hall of the Muses and was used as an education and cultural centre. After Christianity became the official religion of Rome, it was converted into a basilica. It was the first church dedicated to the Virgin Mary. It was 260m in length, and was built with columns in the form of a basilica with a baptistry. After it was partly destroyed, the western part formed a domed basilica, and when this too was ruined, the eastern part of the old basilica was turned into a church. Ephesus was an ancient Greek city founded in the 10th century BC, and later a major Roman city, on the Ionian coast near present day Selcuk. Picture by Manuel Cohen 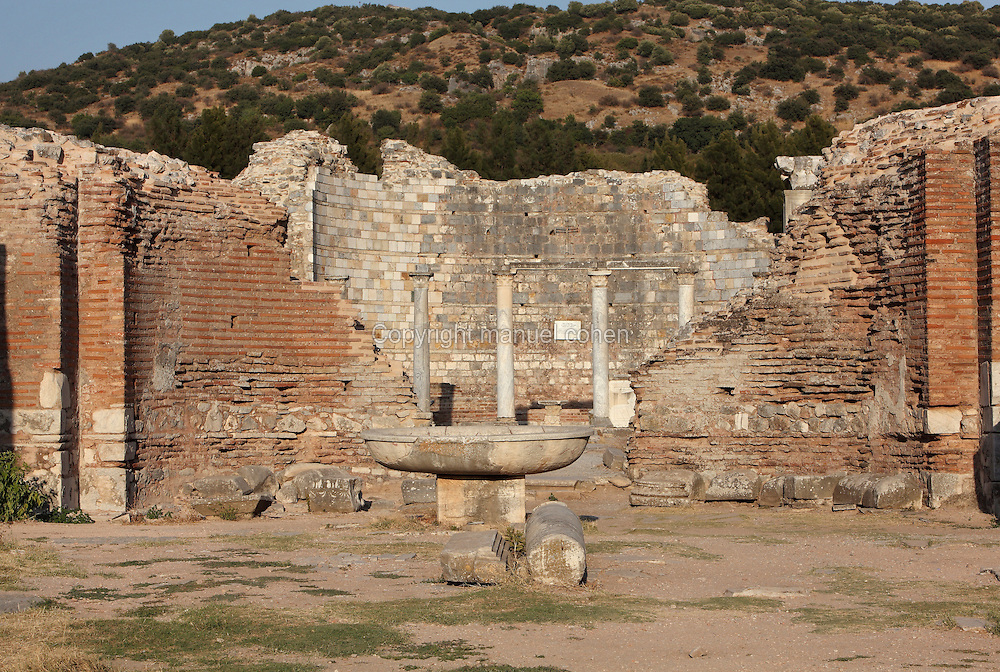