View from the front of a commemorative stele in the Tophet (children's graveyard), Carthage, Tunisia, pictured on January 27, 2008, in the afternoon. Carthage was founded in 814 BC by the Phoenicians who fought three Punic Wars against the Romans over this immensely important Mediterranean harbour. The Romans finally conquered the city in 146 BC. Subsequently it was conquered by the Vandals and the Byzantine Empire. Today it is a UNESCO World Heritage. The Tophet was used from 7th century BC until the fall of Carthage. The name and excavations suggest that children were sacrificed here. Picture by Manuel Cohen. 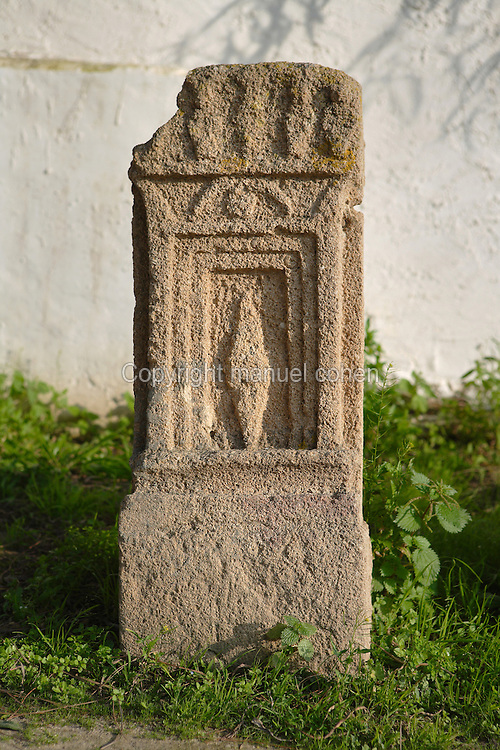