Tomb of St John on the bema or raised platform in the nave of the Basilica of St John with the atrium in the distance, built 536-565 AD under Emperor Justinian on the site of the apostle's tomb, Ephesus, Izmir, Turkey. St John the Evangelist spent his last years in Ephesus and died here. In the 4th century a church was erected over his tomb but in the 6th century Justinian ordered the construction of a large, 6-domed basilica built of stone and brick with marble columns in a Greek cross plan, the ruins of which we see today. The church measures 130x56m and was an important Christian pilgrimage site, attaining the status of "Church of the Cross". The tomb and the burial area were unearthed by the first excavator, Greek archaeologist G A. Soteriu, in 1920-22. From the early Christian period, dust from the tomb was said to be miraculous and cure illness. The tomb itself is in the crypt below this columned structure. The floor of the bema was covered in polychrome geometric stone panels. Originally, the church interior would have been covered with frescoes, and the vaults with mosaics. An earthquake in the 14th century destroyed most of the building. Ephesus was an ancient Greek city founded in the 10th century BC, and later a major Roman city, on the Ionian coast near present day Selcuk. Picture by Manuel Cohen 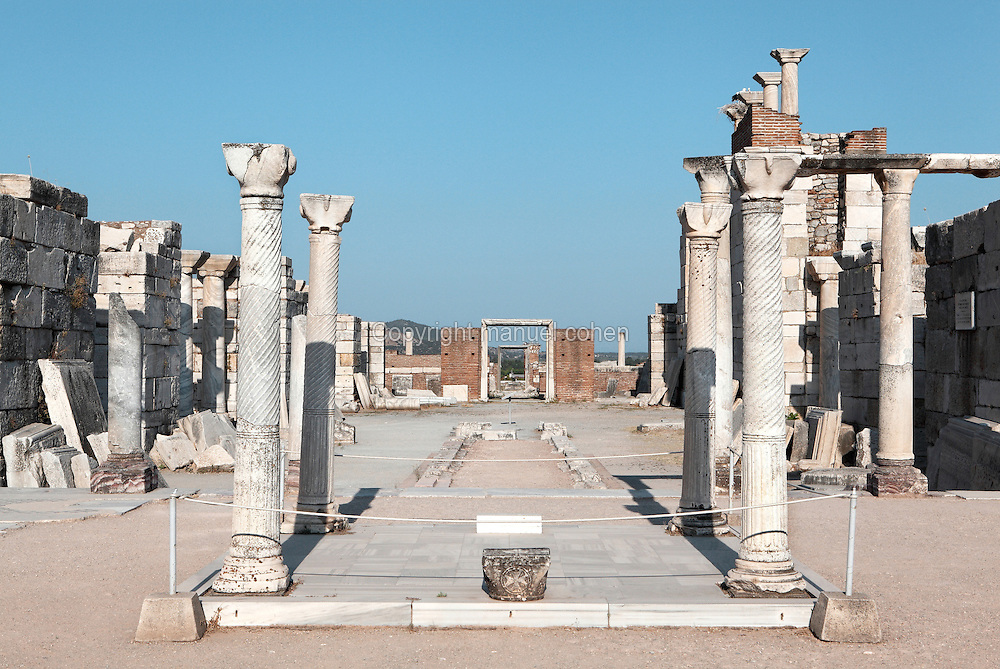