Portrait head, thought to be Julius Caesar, 100-44 BC, Gallo-Roman, marble, mid 1st century BC, excavated in the river Rhone at Arles in 2007, in the Musee de l'Arles Antique, an archaeological museum built 1995 by Henri Ciriani and extended in 2013, at Arles, Provence-Alpes-Cote d'Azur, France. The museum is built on the ruins of the Roman Circus, and houses many artefacts from the town's Gallo-Roman history from 1st century BC. Picture by Manuel Cohen 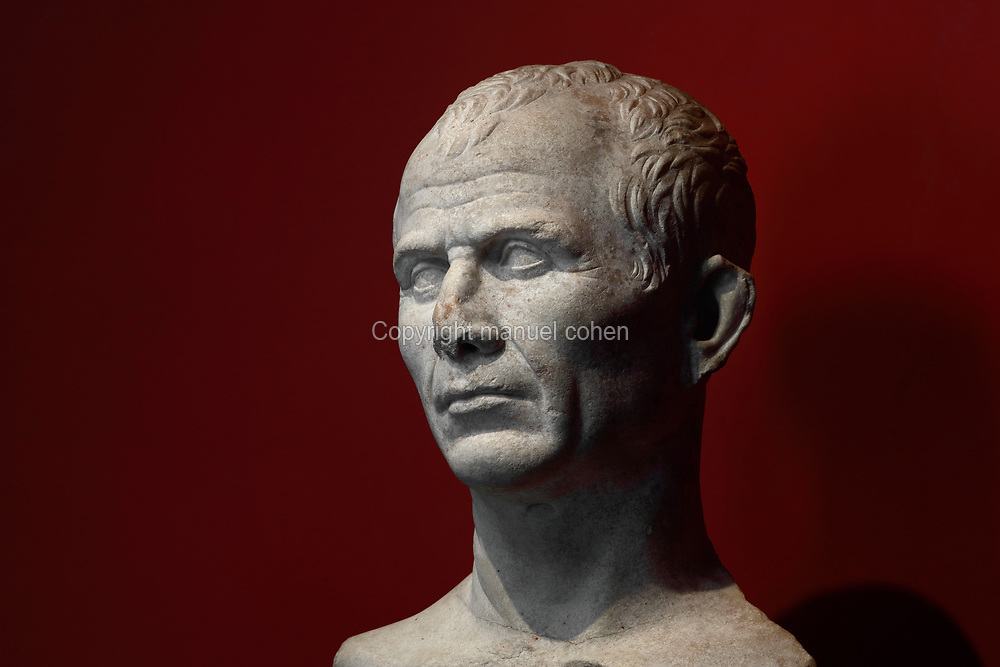