Fresco, 10th century, of 3 of the apostles, from the apse of the Church of Sant Miquel, or Church of St Michael, churches of Sant Pere (St Peter), Terrassa, Catalonia, Spain. The frescoes in the apse depict Christ surrounded by angels and blelow, the 12 apostles seated, part of which is seen here. The church is a simple stone structure of Greek cross plan with 8 reused visigothic columns supporting arches around the central gallery. The walls date to the 6th century. The Sant Pere complex consists of 2 churches (Sant Pere and Santa Maria) and a baptistery (Sant Miquel, following the Byzantine model. They were built close to the site of old Egara to be the seat of the Egara diocese, founded c. 450 AD. The buildings were completed in the 11th and 12th centuries in Romanesque style, on the site of pre-Romanesque buildings from the Visigothic period. Picture by Manuel Cohen 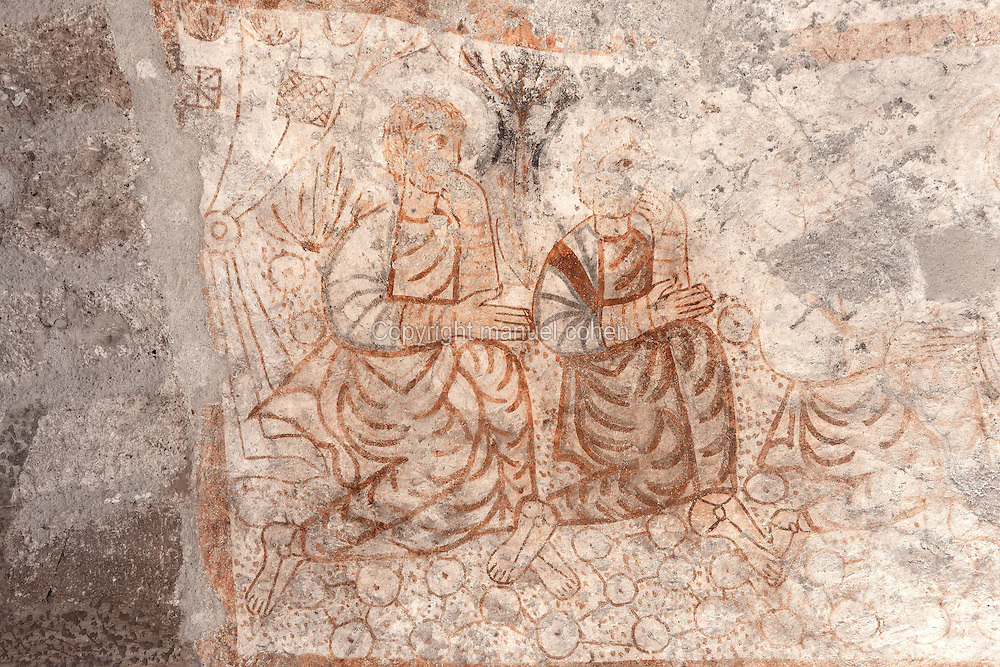