Buildings behind the ramparts beside the Plage du Mole, in the walled city of Saint-Malo, on the coast of Brittany, North West France. The earliest sections of the ramparts were built in the 12th century by the bishop of Aleth, Jean de la Grille. The city was rebuilt 1948-60 after being largely destroyed during World War Two. It is a port which has traditionally been home to the corsairs, French privateers and sometimes pirates, and is heavily fortified with ramparts, a castle, fort and fortified tidal islands. Picture by Manuel Cohen 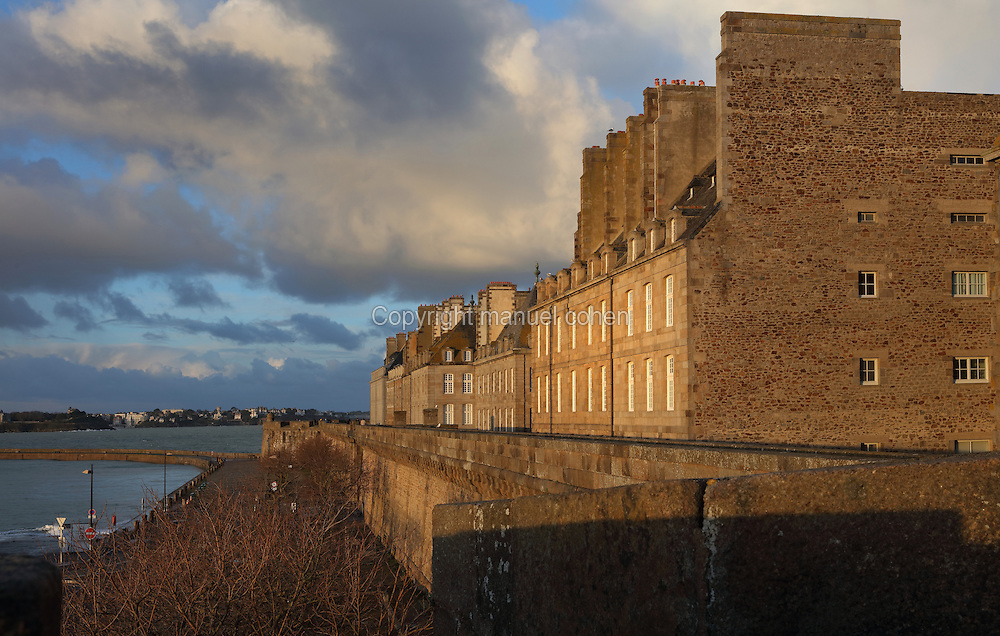