Detail of the facade of the Mudejar Palace, or Palacio del Rey Don Pedro, built by Pedro I of Castile, 1334-1369, in 1364, with muqarnas niches, plasterwork, tiles and inscriptions, in the Patio de la Monteria, or Courtyard of the Hunt, where the King would assemble with his nobles and scouts or monteros to go hunting, in the Real Alcazar, a Moorish royal palace in Seville, Andalusia, Spain. The Alcazar was first founded as a fort in 913, then developed as a palace in the 11th, 12th and 13th centuries and used by both Muslim and Christian rulers. The Alcazar is listed as a UNESCO World Heritage Site. Picture by Manuel Cohen 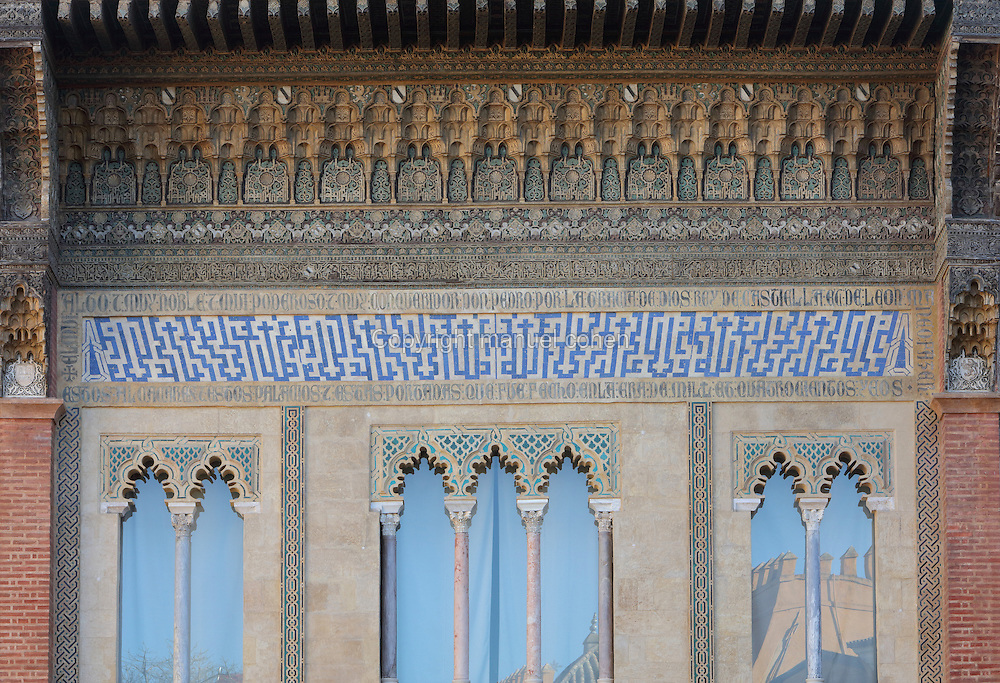