Stone with carved inscriptions in the Lycian language found near the Temple of Apollo, built 4th century BC, at Letoon, near Xanthos, Antalya, Turkey. Many inscriptions have been uncovered at this site, including the Letoon trilingual, in Lycian Greek and Aramaic, which is held at the Fethiye Museum. The large monoliths with Lycian script are the most important source of knowledge of this lost ancient language. The Letoon or Sanctuary of Leto was the sacred cult centre of Lycia, its most important sanctuary, and was dedicated to the 3 national deities of Lycia, Leto and her twin children Apollo and Artemis. Leto was also worshipped as a family deity and as the guardian of the tomb. The site is 10km South of the ancient city of Xanthos in Lycia, near the modern-day village of Kumluova, Fethiye. Founded in the 6th century BC, the Greek site also flourished throughout Roman times, and a church was built here in the Christian era. The site was abandoned in the 7th century AD. Picture by Manuel Cohen 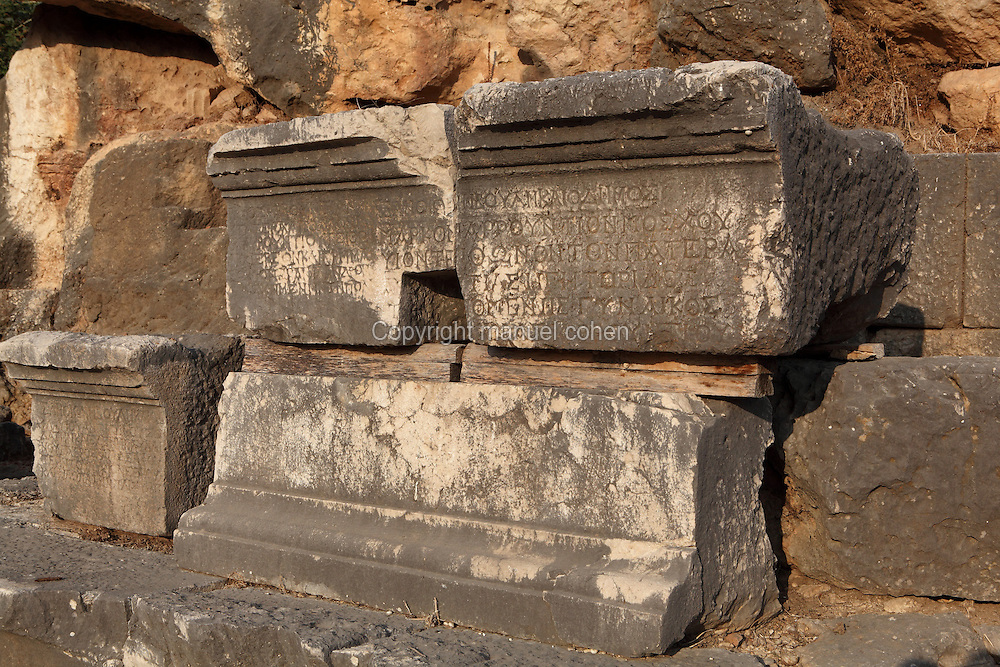