Detail of a Byzantine floor mosaic depicting Ashkelon, from the cycle showing 15 major cities of the Holy Land from both east and west of the River Jordan, 756-785 AD, from the Church of St Stephen, Umm ar-Rasas, Amman, Jordan. Six mosaic masters signed the mosaic floor, Staurachios from Esbus, Euremios, Elias, Constantinus, Germanus and Abdela. They completed the mosaics at the time of Bishop Sergius II in honour of St Stephen. The church has an apse and an elevated presbytery and forms part of an ecclesiastical complex of 4 churches. Umm ar-Rasas is a rectangular walled city which grew from a Roman military camp in the Jordanian desert. Its remains date from the Roman, Byzantine and Umayyad periods (3rd - 9th centuries), including 16 churches with mosaic floors. Excavations began in 1986, although most of the site remains unexplored. It was declared a UNESCO World Heritage Site in 2004. Picture by Manuel Cohen 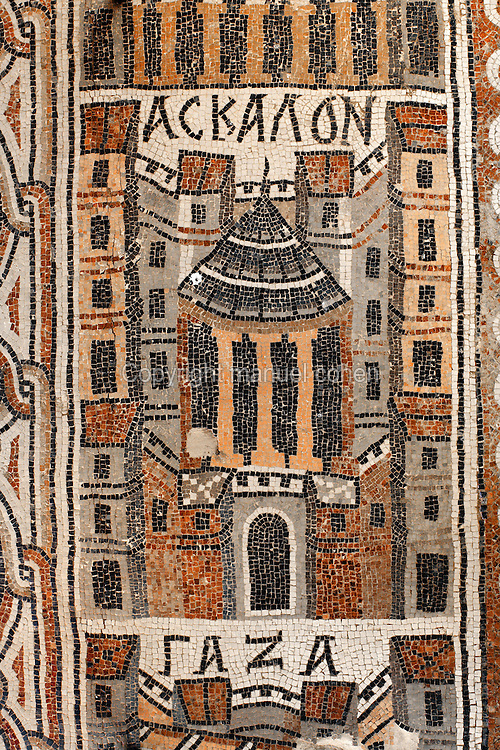